David Eason is dangerous and violent and capable of practically anything.

This should not exactly read as a shocking statement to anyone familiar with the Teen Mom universe, considering the former reality star has admitted to SHOOTING AND KILLING HIS FAMILY’S BULLDOG.

And yet: A new photo released by Eason himself perhaps drives this frightening point home as strongly as ever.

The controversial homophobe shared a picture (above) on Thursday of himself and 11-year old daughter Maryssa at a local fair, captioning the image with the very basic:

Eason was obviously trying to paint himself as a responsible father by posting the snapshot, attempting to combat all the negative rumors that continue to float around the Internet about him, his attitude and his overall behavior.

But the dude totally failed.

"SHE LOOKS UNCOMFORTABLE," one person commented," while another simply left a one-word response we’re all thinking:

"Drop her off at the fair," read a third message from a concerned commenter. "Don’t go with her and her friend!!!"

And yet another Instagram user studied the expression on the young girl’s face and wrote: "Her eyes say it all."

"She’s not a happy young lady."

This comment actually prompted a response from Eason, who clapped back in his typically abhorrent fashion:

"Are you speaking for yourself oooor does someone need to show you a mirror?"

Eason, of course, is right smack dab back in the news these days.

Jenelle Evans finally filed for divorce from her awful husband.

Or, to be more specific, she finally told followers that she plans to file for divorce.

"With time away from Teen Mom, I’ve started to look at my life differently and I know I need to make changes. I’m starting that now," the former MTV star wrote on Instagram on October 31.

Fans were left to wonder what she meant by this.

But then Jenelle clarified:

The kids and I have moved away from David. Nobody gets into a marriage expecting it to end but I know that’s what is best for me, and for my kids.

Today I’ve filed papers to start that process. I appreciate the support from everybody who has asked how I am. Me and the kids are doing great.

We need some time to be together, but you’ll hear from us again soon.

We haven’t heard much from Evans since, with the major exception of her having just obtained a restraining order against Eason.

For the time being, Davis is banned from getting close to either his estranged wife or any of Jenelle’s three kids, the youngest of whom she shares with Eason.

Maryssa, for those wondering, if Eason’s child from a previous relationship.

She’s often forgotten about when websites report on all this drama – but she’s only 11 years old and is stuck with Eason as her dad and is  deserving of our sympathy and attention.

On Tuesday, meanwhile, Eason wrote on Facebook that he would be filing a missing persons report with the police because Evans and daughter Ensley "disappeared," prompting Jenelle to seek this temporary restraining order against Eason.

She was granted the order, and the filings revealed that Eason’s threats have against her "escalated" over the past few days.

It takes a lot for us to feel bad for Jenelle Evans, but Eason has managed to pull it off of late with his general terribleless.

"Because of his recent threats, his history of violence, his erratic behavior and his large stockpile of weapons, I am scared for my life and my children’s well-being," Jenelle wrote in her recent legal papers.

Poor Maryssa, you guys. Can someone please help get her away from her dad? 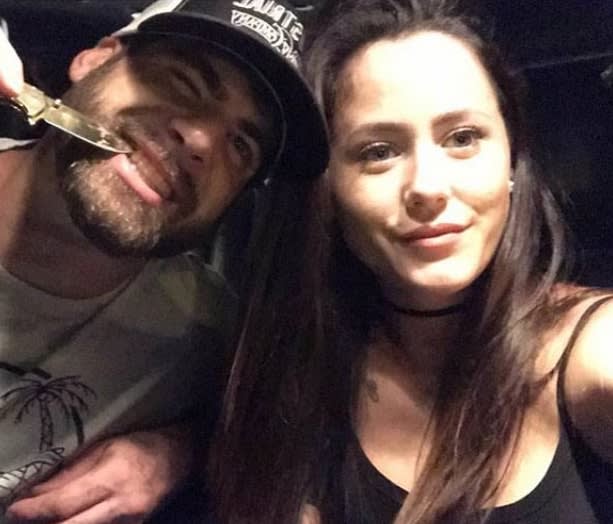 Jenelle Evans: David Eason Threatened to Kill Me! I’ve Got the Receipts!