If you’ve kept up with all the Teen Mom gossip over the years, then you know that the relationship between Maci Bookout and Ryan Edwards hasn’t been great for a while now.

And you also know that that’s a major understatement.

Things between Ryan and Maci have rarely been good, even when they were actually together.

He wasn’t very nice to her when she was pregnant with their son, Bentley, or after Bentley was born — in the first season of Teen Mom OG, he could be seen staying out all night partying instead of staying home to help, and there was also the time he complained heavily about spending literally a couple of dollars on a cake mix for Bentley’s first birthday cake.

And after they broke up, obviously things didn’t get better.

There was a while there where they got along reasonably well, but of course that all went to hell when Maci discovered that Ryan had been doing heroin.

As we saw on the show, some mutual friends let her know about his worsening problems with addiction, and naturally, she became very concerned.

She struggled with how to deal with co-parenting while knowing about the addiction, and she was horrified right along with the rest of us when he was shown nodding off while driving to his slapdash wedding ceremony.

In the spring of 2018, things reached a terrifying new low when Maci filed a restraining order against Ryan, claiming that he’d repeatedly threatened to hurt her.

According to court documents, he also threatened to abduct Bentley, and he even told Taylor, Maci’s husband, that he’d "put a bullet in [his] head."

As far as we know, the restraining order is still in place — we at least know it’s an issue in this new season of the show.

But Maci just did a brand new interview with Us Weekly, and she explains a bit more about how things are going with Ryan.

And surprise — it’s not terrible!

In the interview, she admits that while she "still only deals with or speaks to Jen and Larry," Ryan’s parents, it’s not "unfathomable" to think that things could change in the future.

"There are some times that are coming up on the season that we are actually in the same room together, doing the best that we can for Bentley’s sake," she says.

"It’s definitely not unreachable," she continues, "but it’s still just a thing where I think baby steps are best and definitely not forcing anything that doesn’t seem like it would happen naturally."

"I think it’s the best way to go for our situation."

Throw in the death threats, and of course she wants to be careful, you know?

On a more positive note, however, Maci did take some time to gush about Ryan’s new baby girl, Stella!

"Their baby is adorable," she says. "Oh my gosh, she literally looks like a baby doll. She is so freaking cute. I can’t stand it."

"Bentley is head over heels for her. He’s such a good big brother."

She says that "Having a new baby at home is crazy, especially when you already have a few little ones" — remember, right now Ryan and his wife, Mackenzie, have two-month-old Stella, one-year-old Jagger, and Mackenzie’s son from her first marriage, who should be about five years old now.

"So for me," Maci adds, "I’m just trying to keep my space and let them get their rest in because I can’t imagine going back to those days with little ones now!"

Maci has never really been unreasonable when it comes to Ryan — maybe a bit immature in her earlier years, but it’s not like she’s been doing things just out of spite or hatred. 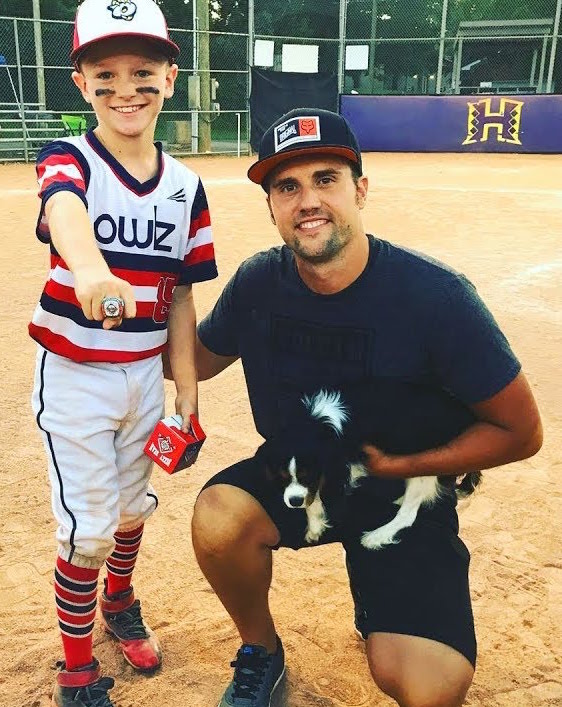 Ryan Edwards to Maci Bookout: It’s Your Fault Our Son Doesn’t Like Me!

Hopefully things continue to get better between them, and Ryan stays clean so he can be a good father to all his children.