Monday night on ABC, The Bachelorette finally unleashed the beast in the form of Season 15’s leading lady Hannah Brown.

And you don’t need The Bachelorette spoilers to tell you that "Hannah Beast" promises to be a different kind of Bachelorette.

For one, she came from outside The Bachelor’s top four earlier this winter. Secondarily, fan response has been … lukewarm.

Look, to be clear, we’re not hating on Hannah whatsoever, but more than a few fans feel she’s the worst Bachelorette ever.

Before the season even got underway, no less!

In any case, the time for speculation is officially over as the May 13 premiere marked her debut on the iconic franchise.

Did the University of Alabama grad disappoint?

Whether or not her fiance was revealed this early is subject to debate, of course, as there’s a long, LONG way to go.

Let’s break down the premiere, blow by blow … or frame by frame, perhaps we ought to say, as we began with a twist…

Hannah recruited her Bachelor friends Demi Burnett and Katie Morton to actually check out the suitors from a surveillance van on night one.

Demi (above) was on the lookout for Scott, who she heard through the Internet had a girlfriend back home and, therefore, would definitely be on the show for all the wrong reasons.

Upon meeting this man, Scott laid it on thick with Hannah, offering to workshop their dream home and claiming that he took the whole Bachelorette process quite seriously.

However, Demi warned Hannah that she received incriminating intel about him.

Akin to how folks say you need to find the biggest inmate and beat him up in order to earn respect in prison… Hannah barged into the Bachelorette Mansion.

Scott responded to her accusations by saying he did NOT have a girlfriend, but, well, yes: there was a woman waiting for him back home. What a loser!

The guy even went on to compare his situation to Hannah dating Colton Underwood before becoming the Bachelorette, an idea that really made no sense whatsoever.

She was with someone before and is now single. That’s just how life works.

Scott has backup options just waiting for his call!

Having heard enough, Hannah trashed Scott as a "jerk" and swiftly threw him out of the house.

The Bachelorette then told the remaining men to go home if they had similar circumstances, making it very clear they weren’t dealing with some pushover this season.

Thankfully, no one else could relate to Scott.

And some of these 30 aspiring husbands proved to be rather creative and funny upon their introductions:

Connor S. jumped a fence, a sly reference to Colton doing the same on The Bachelor…. Devin lied about being a virgin, also mocking poor Colton… Joe leaped out of a box… and Cam did a freestyle rap.

Prior to entering the mansion for the cocktail party Hannah paused to say a prayer.

She then said that she had a slight crush on Jed after he sang her a “Roll Tide” ballad because Hannah hails from Alabama — and she shared kisses with Luke P., Connor S. and Cam!

As for who earned the First Impression Rose?

It went to a 24-year-old Import/Export Manager who showed off his shirtless physique in his introductory clip and who met Hannah back during the After the Rose special several weeks ago.

"I think I’m a good looking guy," this stud told the camera with a smile and laugh. "When I was in college, a lot of the girls around me thought so too."

This same person is from Gainesville, Georgia and said on air that God spoke to him in the shower once and that he changed his focus in life as a result and has been "working on the husband that I want to be for my future wife."

He also was the first person to comfort Hannah after she sent Scott packing.

Pictured above with The Bachelorette, will he be able to go from early favorite to final one chosen?

We’ll need to tune in if we want to find out — but we do not need to read through any The Bachelorette spoilers to know who no longer has a shot at Hannah’s heart.

That was an intense opener, huh?

Is your favorite still in play for this summer’s very likely proposal?

The Bachelorette airs on ABC Mondays at 8/7c on ABC. 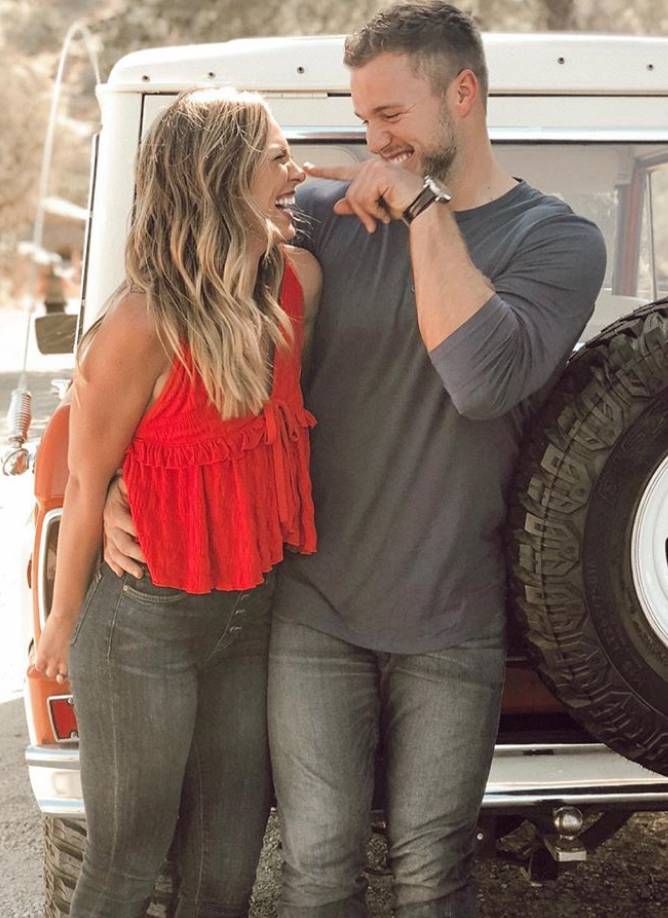