David Eason is an awful human being.

So awful that we’ve often wondered if he’s an actual human being and not just a garbage can animated by an evil curse.

One of the worst things about him is the way he treats Kaiser, his wife’s son from her relationship with Nathan Griffith.

From the beginning, he’s always been a bit off with him, to put it mildly.

Remember the scene from his early days on Teen Mom 2 when he and Jenelle took Kaiser out on a boat and he didn’t have a great time because he was two years old?

David called him a screaming little bitch and he and Jenelle both treated him like he was ruining their day.

As time went on, things only got worse.

At one point, Kaiser’s grandma (Doris, Nathan’s mother, not dear Barbara) tried to get emergency custody of him, claiming that he’d told her that David was abusive to him.

She made all kinds of stunning claims in court – she said that she’d witnessed David and Jenelle neglecting all the kids, and she even said that Kaiser had told her that David had punched him.

Doris and Nathan (pictured above, with the boy) ultimately lost that battle.

She wasn’t able to continue the court battle, so Kaiser never left.

Several months later, Kaiser was having a visit with Nathan, and Nathan refused to give him back to Jenelle because he believed David had been hurting him again.

Police and CPS got involved, and Nathan did get to keep Kaiser for a bit longer, but eventually he was ordered to return him to Jenelle.

He said that Kaiser had told him that David had beaten him with a stick, but then Jenelle turned around and said that Nathan was the one abusing Kaiser.

Meaning that they both agreed that Kaiser was being abused, which is really just horrible to hear.

Nathan vowed to fight for custody, but soon after that, David killed Jenelle’s dog and CPS gave him temporary custody anyway.

Of course, that didn’t last long either.

Back to Jenelle he went, and the whirlwind continued with its most stunning twist yet:

In October, Jenelle left David, and she took Kaiser and Ensley with her – she also quickly got a restraining order against David, apparently by providing proof that he’d abused both her and Kaiser.

She said in court that once David had locked Kaiser in a car and refused to let him out, even when he was crying.

But now that she’s back with David, she’s saying that never happened –  that no one had ever abused Kaiser at all, period.

And it’s about to get even sadder.

One would think that David would be on his best behavior right now, right?

Apparently, not so much.

David has been doing this weird thing for the past few days where he’s been sort of teasing his social media followers by posting videos that on the surface are no big deal, but when you know the context, they’re not great.

Like over the weekend he shared a video of Ensley tugging on one of their dogs – knowing that everyone knows the reason he killed Nugget last year was because he "nipped" at the little girl.

Because she was "being too rough," Nugget had to die.

Pretty messed up to taunt people with videos like that. And then yesterday, he shared a video of Kaiser on his Instagram story.

In the video, Kaiser is sleeping in his car seat, and David starts poking some hard plastic thing in his ear.

Since the poor kid is sleeping, he swats it away a few times, but David is persistent.

Finally, Kaiser sits up and yells "Stop touching me!"

Like we said, on the surface, this may not seem like a big deal. A lot of people tease kids like this, and a lot of times it’s harmless.

But when you consider how he’s always treated the kid, and everything he’s allegedly done to him … it’s a bit darker than that, right? 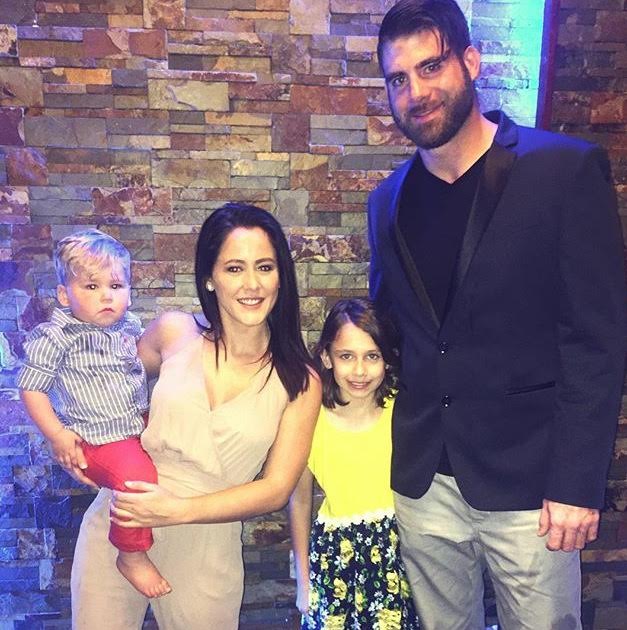