We guess Farrah Abraham has gotten over the fear of her new vagina.

Either that, or the former MTV star is takings things slow with Daniel Ishag… or the pair is taking Farrah’s "Backdoor Teen Mom" film title very literally. If you know what we mean.

This is all a roundable and unnecessarily X-rated way of saying that Farrah Abraham appears to be dating Daniel Ishag.

Both halves of the romance confirmed that some boot-knocking is taking place between them by sharing numerous photos of their ongoing trip to Mexico.

As you can see above and below, Farrah and Daniel are clearly enjoying this vacation, sipping on some drinks, holding hands and swapping a bit of spit.

Neither has said anything about the relationship, but it’s rather evident what is going on here, isn’t it? Sometimes a picture can say 1,000-PDA-related words, you know?

Abraham, for all the headlines she has garnered over the past few years, has actually never really dated in the public eye.

She grew infamous, of course, for getting her intercourse on in some amateur adult movies, as we referenced in our introduction.

But those relationships lasted for just a few minutes and ended as soon as the cameras stopped rolling.

If she and Daniel Ishag truly are an item, as far as we can tell/remember, this would mark her first real romance in years.

The timing is notable, too, because Farrah just got her private parts rejuvenated.

She has been vocal about how hesitant she is to use them as a result ("I don’t know if my vagina’s ready to date, really," Farrah told TMZ last month), which is the only reason we keep bringing this procedure up.

The reality star has also been in the news of late for an unwanted reason:

She’s actually being investigated by Child Protection Services for allegedly neglecting her daughter.

And potentially pretty terrible, no?

And also actually related to this trip with Ishag because authorities think Farrah may have ditched her 10-year old to go celebrate Daniel’s birthday down south.

"We live a great life and are not affected by harassment of any sort and I will not tolerate unsafe illegal actions by others lying, stalking, or harassing my family," Farrah told Champion Daily in a sort of weird statement of self-defense.

Added Abraham in this same message:

"Since I have had continued harassment, stalkers, and haters from the Teen Mom show continue to call Police on me after being hated on the show, I have taken extensive precautions against those who sell stories, lies, and harass my family.

"Sophia is protected from the evil people and it’s sad people are jealous of my dating life, and try to affect my family in a negative way.”

For the record, Farrah’s dad said he was taking care of Sophia over the weekend while his daughter was in Mexico, going to Pound Town with her new boyfriend. 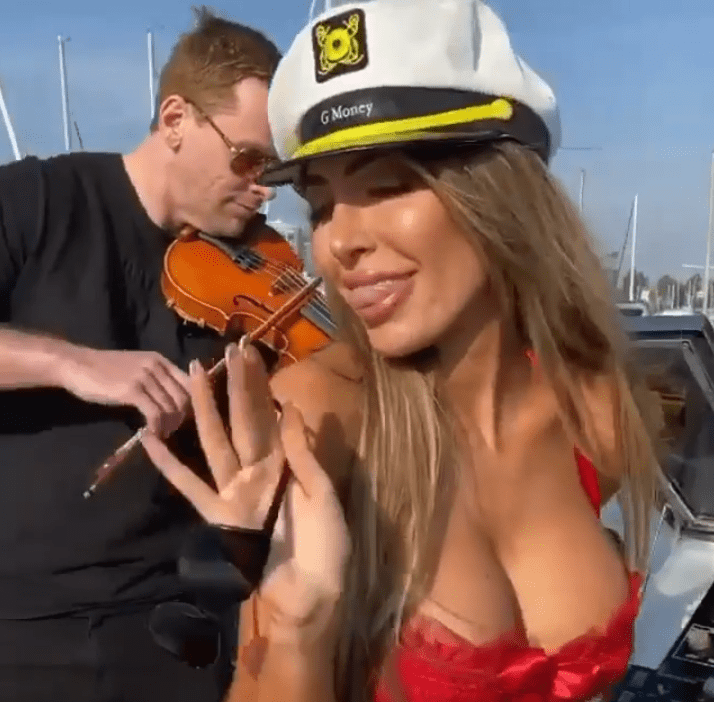 As for Daniel Ishag?

We know nothing at all about this guy.

Except that he appears to have questionable taste in women.