Things have been pretty rocky lately for Ryan Edwards and Mackenzie Standifer.

Rockier than they were when they got married while he was high on heroin, even.

Yep, for the past month or so, Ryan’s life has been falling apart in a pretty major way — again, even worse than it already was.

In March, he got arrested for violating his probation, because it turns out that he’d been arrested last year for simple possession of heroin.

We’re still not clear on exactly how he violated the probation — Mackenzie has said that the whole thing was a misunderstanding and that he wasn’t technically arrested at all, and other sources have claimed he either failed or missed a drug test.

What we do know is that he was arrested at his home, he got a brand new mug shot, and that may not have even been the worst thing that happened to him that week.

The same day we found out about the arrest, a woman came forward to claim that she’d been talking to Ryan on Tinder.

It was confirmed that the phone number the woman had belonged to Ryan, so that means he’s been cheating or trying to cheat on his pregnant wife.

Because, oh yeah, it just so happened that Mackenzie’s pregnancy was revealed on Teen Mom OG exactly when all this other nonsense was happening.

One more thing — during this super eventful time, Maci Bookout also started the process of obtaining orders of protection against him for herself and her children.

She did this because she said he’d been harassing her and threatening to kidnap their son. Her husband filed an order of his own because Ryan had actually threatened to murder him.

Shortly after all of this, Mackenzie left their Chattanooga home for New York.

Last we heard, the couple was on the brink of divorce because "neither one of them can stand each other," and that when it comes to their relationship, "things are way worse than they seem."

But as one source explained it. "she just sticks around for the paycheck," so maybe as long as Ryan has a job on Teen Mom he’ll have a wife.

With this latest development, it’s looking like that last thing may be the case.

Earlier this week, a car dealership in Chattanooga shared a photo of Ryan and Mackenzie in front of a new truck they’d purchased — a custom Ford F-150.

They thanked the Edwards family for their purchase and told them to "please let us know if you need anything at all in the future!!"

This is interesting for a number of reasons.

One, it means that they’re definitely together right now.

Two, this is the first new photo of Mackenzie since we learned she was pregnant. She’s wearing a very loose shirt so we can’t see any baby bump, and she may not even have much of one yet, but still, it’s worth mentioning.

Three, Ryan and his wife are about to have a baby and this is the vehicle they decide to purchase? Seriously?

Four, isn’t it so great that this guy who’s been known to drive while on heroin purchased this huge truck? Seems like a great idea for everyone.

Stay safe, Ryan and Mackenzie! And also everyone who may be driving in or around southeast Tennessee! 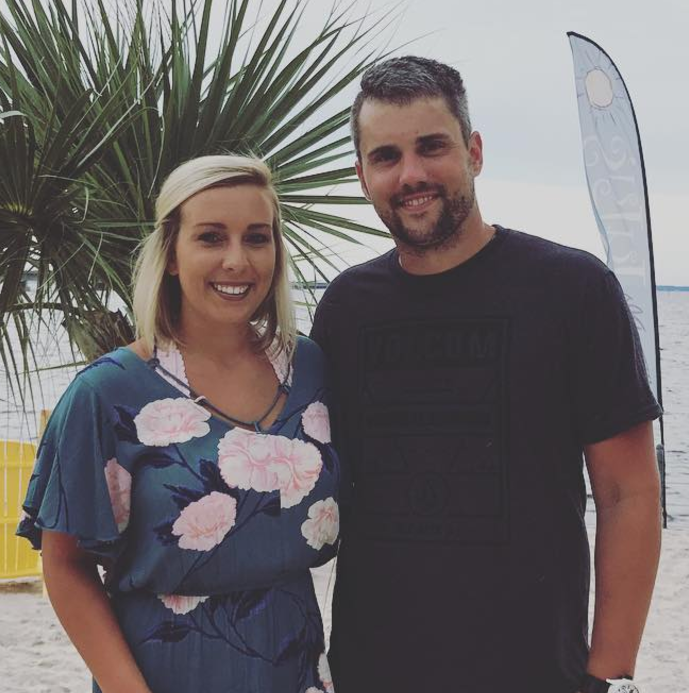