Kylie Jenner is no stranger to criticism.

It’s actually kind of overwhelming how much hate she’s gotten, being just a tender 19 years old.

To be fair, she does deserve a fair bit of all that criticism, on account of all the really dumb, obnoxious, ridiculous things she’s always said and done.

Like when no one wanted to watch her reality show because she just whined about things that barely even made sense?

Or when she tried to sell a cheap set of makeup brushes for $300, then when people called her out for it, she defended herself by saying that other brands sell sets for similar prices?

Not even bothering to mention the fact that those brands have been around for years and years and she’s just a teenaged reality star with a dream?

Her gigantic lips, her new-ish curves that so many people swear have to be the result of plastic surgery, the alarming amount of selfies she takes … it’s a lot, and a lot of people aren’t into it.

But for just about a month now, Kylie’s been a mother.

And you know what that means …

It means that in addition to all that other stuff, she’s opened the door wide for some good old-fashioned mom-shaming!

Yes, now everything that Kylie ever does in regards to Stormi will be bashed all to hell, regardless of whether or not she actually deserves it.

It’s such an important part in the lives of all mothers, really, but for famous mothers in particular.

Yesterday, Kylie began experiencing her first true experience with this phenomenon after sharing some new photos of herself with baby Stormi.

In the photos, she had on her customary long acrylic nails — cute, but not so cute for changing diapers.

Many people saw her nails, thought about how difficult it would be to clean up baby poop and handle a delicate little newborn with such talons, and decided that meant she’s a bad mother.

One such person tweeted "Don’t wanna be a bitch but the length of kylie jenner’s nails tells me all i need to know about her parenting/lack thereof."

"You know Kylie is not bathing or changing that child’s diapers by the length of her nails," another person wrote.

Another asked "How does Kylie wipe Stormi’s ass with those longass nails, I’m shook."

There were dozens of comments like this, both on Twitter and Instagram, because as everyone knows, the length of your nails is directly related to your parenting ability.

It’s just such an odd thing for people to fixate on, especially because as many mothers shared, they had similar nails and were able to tend to their babies just fine.

If someone would rather keep short nails when caring for little babies, that’s fine, and it someone prefers the look of longer nails and just takes the time to be more careful, that’s fine too.

And if she’s not doing diapers or baths at all, if she has a nanny to help with that sort of thing, that’s also fine. 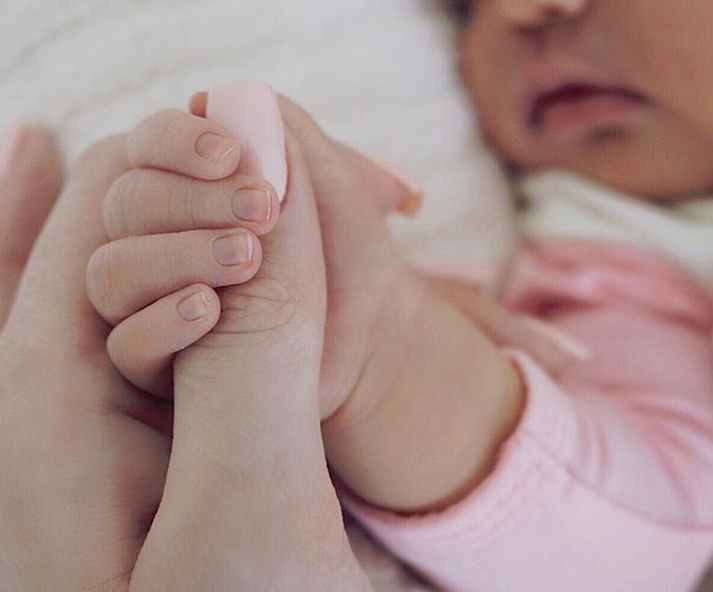 We’re sure she’s still bonding with her daughter.

Like, this is Kylie we’re talking about — there will be plenty more chances to question her parenting skills, we don’t have to get in a hurry.