On 90 Day Fiance and its many spinoffs, things are more complicated than just finding true love or breaking up.

At a panel, Lee confirmed that TLC has more 90 Day Fiance spinoffs in the works.

He avoided giving specifics, keeping it vague by saying that "one or two" new spinoffs are already developing.

These spinoffs, Howard Lee says, will relate to the original show’s core premise.

In addition to the original recipe 90 Day Fiance, there are currently a whopping nine spinoffs.

If there are two more such shows, that will mean 12 different 90 Day Fiance series running concurrently on the network.

Additionally, of course, there are The Family Chantel, Darcey and Stacey, and 90 Day Fiance: Before The 90 Days.

When the number of shows in the franchise ticks up from 10 to 11 or 12, isn’t there a potential for oversaturation?

"We always want to check in on our fans," Lee affirms.

He says that they do so "to ensure that we’re not getting past the tipping point or saturation."

Howard Lee says that they make sure that fans aren’t overwhelmed "and that this is something that they’d want to see."

"And so far," he shares, "we’ve been really fortunate."

Different 90 Day Fiance spinoffs have gone different routes as they apply "twists" to the premise.

Happily Ever After? simply follows couples who are still together as they adjust to married life … or as they try, once again, to make it work.

In contrast, Before The 90 Days showcases earlier challenges for couples that arise before the K-1 visa process even begins.

The possibilities are virtually endless.

A spinoff could focus upon very specific struggles, like religious differences or massive age gaps or when children are involved.

It could also focus upon a specific stage of relationships or specific nationalities or something totally different.

"It’s very important that we don’t just create a spin-off or sequel just for the sake of it," Howard Lee emphasizes.

He explains: "We want to make sure that we’re not just ripping ourselves off, franchise after franchise."

"We’re ok if it’s docu-follow or if it’s social experiment," Lee says. "We’re very much open to that."

"If it’s just plain old dating, it has to be extraordinary, there has to be a hook," Lee details.

He adds: "We’re open arms for anything like that."

Lee notes that "The casting, at the end of the day, has to be compelling."

"They don’t have to be glamorous," he shares.

Lee then notes: "But they could be."

"They could be from the East Coast or West Coast or any part of America," Lee says.

He adds: "Physically they could be any size, shape, or form."

Lee’s description concludes: "TLC is representative of who our audience looks like." 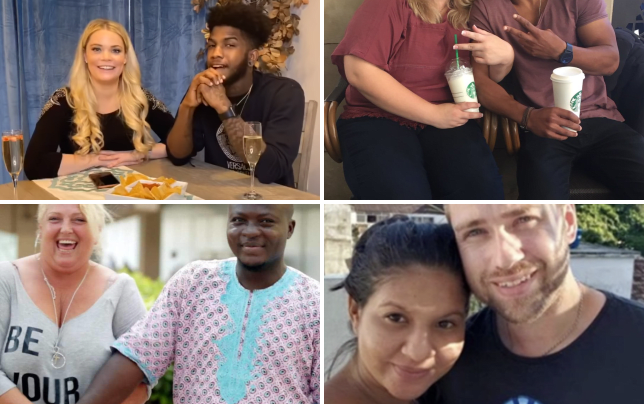 90 Day Fiance Stars: Where Are They Now?