If you follow her on social media, you known that Jenelle Evans has been having more meltdowns than usual in recent weeks.

And that’s really saying something, because she was already flipping out about two to three times a day, on average.

A few days later she broke down again, this time over claims that her daughter Ensley doesn’t know how to talk.

(That observation was primarily based on the fact hat no one has seen Ensley talk. Jenelle could have squashed the rumor by posting video of Ensley talking … but she didn’t.)

After such an exhausting week of tantrums, we figured Evans would step away from social media and take it easy for a couple days over the weekend.

Instead, she did the exact opposite.

Jenelle either took too much or not enough Adderall on Saturday, because the mother of three spent the bulk of the day posting about truly insane conspiracy theories on Twitter.

Evans kicked things off with a fairly normal level of batsh-t insanity, encouraging her followers to watch a YouTube documentary that argues that Hollywood is run by Satanists, many of whom have ties to the so-called "Pizzagate" sex trafficking ring.

Pizzagate was debunked years ago, and it’s already prompted one nutjob to go on a shooting spree, so it’s pretty obnoxious/dangerous for Jenelle to be posting about it in 2020, but we digress …

Anyway, from there Evans really goes off the rails with theories that even her fellow unemployed heavy substance abusers would probably find a little implausible.

Remember when Tom Hanks was diagnosed with the coronavirus back in March?

Well, Jenelle thinks he made it all up because the coronavirus is actually a hoax orchestrated by Hanks, Bill Gates, Oprah Winfrey, and Ellen DeGeneres in order to protect their global child sex-trafficking cabal.

We wish we were joking … that’s really what she believes.

Jenelle has had the good sense to delete many of the absolutely bonkers posts she shared during her Saturday afternoon breakdown, but some of them are still live.

As you can see, she’s a firm believer that President Obama awarded the Medal of Freedom to all of his fellow sex traffickers.

She also believes that Hanks and Rita Wilson constructed their house with a network of secret tunnels for the purposes of — you guessed it — sex trafficking!

Still not crazy enough for you?

Well then check out this other nonsense that Jenelle retweeted:

"Anthony Bourdain, Avicii, Chester Bennington, and Chris Cornell ALL committed suicide while working in a documentary called The Silent Children, about pedophilia and trafficking. It was cancelled after Cornell’s death."

If Jenelle were a person of any consequence or renown, that horsesh-t would be enough to earn her an 8-figure lawsuit.

Fortunately for her, no one who’s actually famous cares what she had to say.

It went on and on like that for most of the afternoon, with Jenelle using hashtags like #pedowood and arguing that the coronavirus is a hoax orchestrated by Hollywood, and somehow, it’s all tied to child sex trafficking.

And of course, when she got the slightest pushback — which tends to happen when you spend an entire day spewing dangerous nonsense online — she threw herself an epic pity party:

"I wish [Twitter CEO Jack Dorsey] would see how bad the hate against me on [Twitter] and how horrible it’s getting. I want this to be a fun & safe place to talk but I’m not comfortable talking on this app," Evans tweeted.

Now, this is hilarious for a number of reasons, not the least of which is that Jenelle devotes a good chunk of her waking hours to bullying and harassing people on social media.

But it’s also hysterical because just minutes later she was laughing at other people for taking Twitter too seriously.

"Lmfao if you take Twitter that seriously you should leave I’ve been here longer than you sweetheart," Evans wrote, in what might be the dumbest tweet of the year so far.

After watching her spend an entire Saturday spreading baseless conspiracy theories about imagined child trafficking circles, several of Jenelle’s followers urged her to devote more time and attention to her own children.

In response, Evans once again entered tattle-tale mode, urging Dorsey to ban the accounts she doesn’t like for the crime of being mean to her.

"See @jack this is where you and your @twitter team should be banning these accounts that continues to spread false information and lies about me," she wrote.

We actually agree that Dorsey and his team should be more active in banning people who gleefully spread dangerous misinformation.

So if you’re reading this and you’re on Twitter, we encourage you to go ahead and report Jenelle’s account. 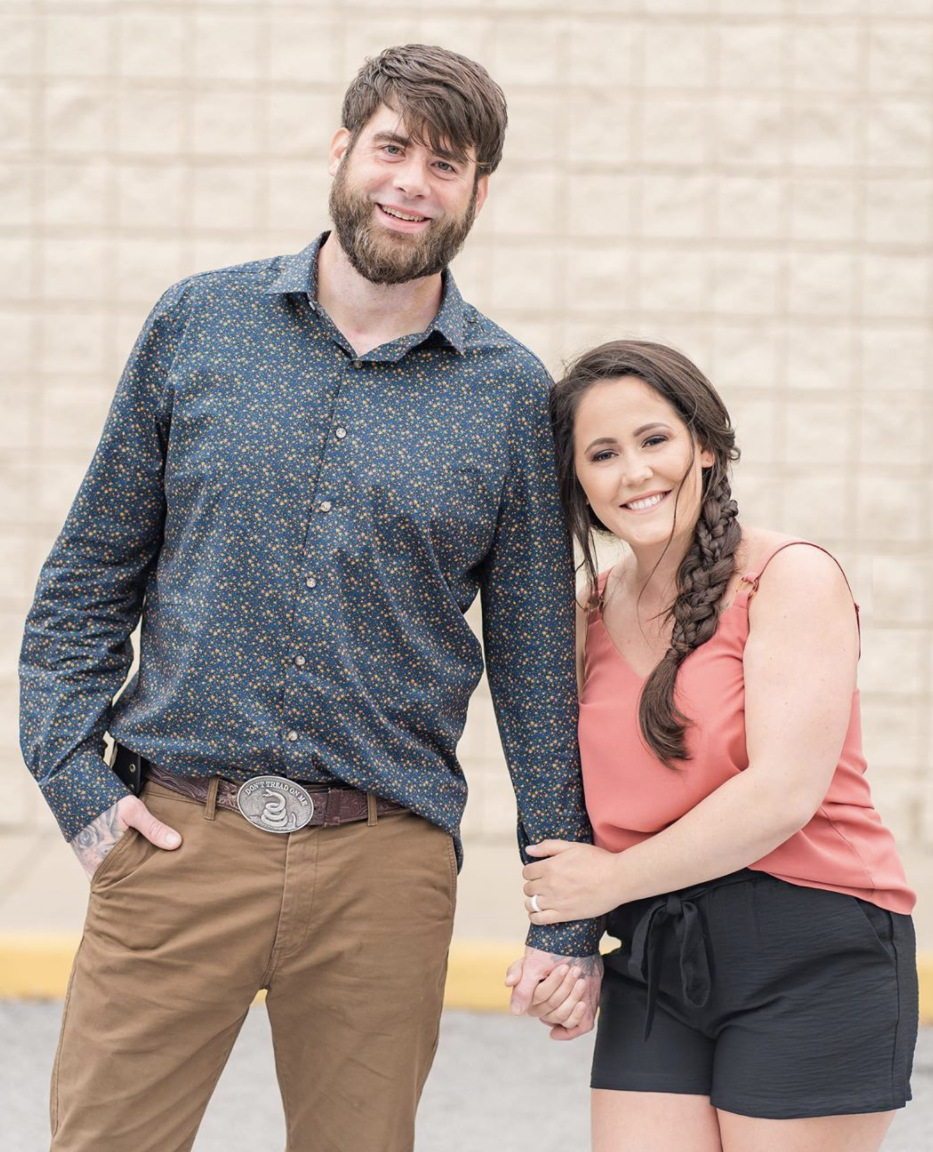 Jenelle Evans: David Eason Has NEVER Abused My Kids! Everything is FINE!