Darcey Silva has cemented her place in 90 Day Fiance history and even landed her very own family spinoff.

But just to be sure that she gets the last laugh over her awful exes, Darcey is flaunting her revenge bikini body for all to see.

Taking to Instagram, one of 90 Day Fiance‘s most famous and polarizing stars is flaunting a jaw-dropping bikini body.

"Keeping up with me myself and lovin’ meI!" Darcey Silva begins her Instagram caption.

Darcey’s caption continues: "It’s all about feeling confident, strong, unstoppable, badass, and beautiful in your own skin!"

She may be feeling confident and strong, but she also plans to stay that way.

Muting, blocking, and turning off comments are acts of self-care. Good for her.

Before Darcey deactivated comments, however, plenty of fans showered her with glowing affection.

"Darcy I have watched you [from] the beginning of all this and you look amazing,” one follower praised.

“I’m so inspired," raved another comment, while another fan wrote: “I’m so happy for you Darce."

And to be clear, she deserves revenge.

Because finding out that Tom Brooks had decided to date another woman after using her to become famous was only part of how he wronged her.

When Darcey confronted Tom about his behavior, he told her that he was simply moving on.

Why? Because, he claimed, he felt that she was still hung up on her ex, Jesse Meester.

That was a shocking claim to make. That’s grounds to break up, maybe, but to unceremoniously move on without even telling her?

"Did you put weight on?” Tom abruptly asked Darcey during that very same conversation.

Furious, Darcey got up and left, telling him to “Enjoy your life."

“I will now that you’re not in it," Tom viciously replied.

That comment was abhorrent enough that Tom was forced to issue multiple apologies on social media.

He continued: "we all have said things that we wish we could take back, unfortunately we can’t."

“I acknowledge what I did was very inappropriate!" Tom affirmed unconvincingly.

"I truly am sorry for what I said and take full responsibility for it," he wrote.

"The edit is out of context," Tom has the audacity to claim, "but still if I hadn’t of said it couldn’t have been used .#apologise."

One struggles to imagine what context would be appropriate for asking a fellow human being if they’ve gained weight unless you are their doctor or personal trainer.

Tom was neither to Darcey. He was, in fact, her ex-boyfriend.

And there was no conceivable reason for him to ask her that question unless he was trying to be cruel.

He knew even better than most of Darcey’s fans how conscious she is of her body and how anxious she is about her appearance.

It is part of what motivated her to, shall we say, modify her appearance.

Darcey is famous for changin her appearance over the past few years — and Tom’s comments were designed to make that worse, not better.

But now she has left him in the dust and has her very own family spinoff series.

Darcey has now added to that with her epic revenge body photo.

She also moved on from Tom with an extremely hunky new boyfriend, so her victory in this breakup is unquestioned. 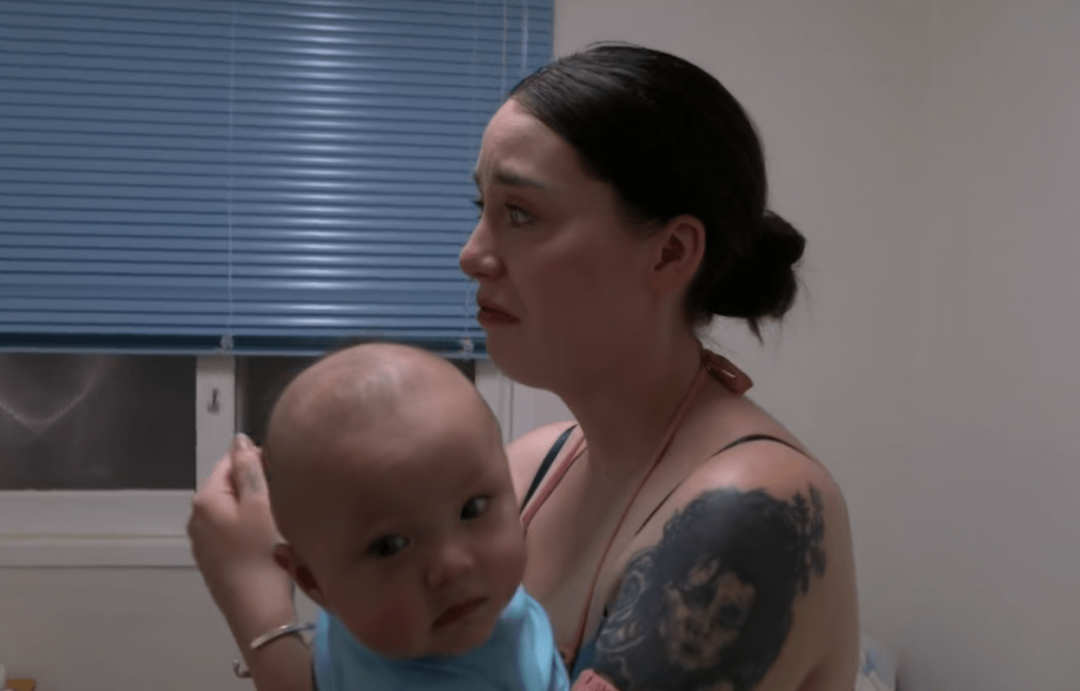 90 Day Fiance The Other Way: Deavan Clegg Can’t Live Like This!