We knew this couple would find a way to piss everybody off.

Less than a year ago, Amber Portwood was arrested on domestic violence charges after she attacked her ex-fiance with a machete.

Now, she’s getting serious with her Belgian boyfriend Dimitri Garcia, and fans are predicting another disaster.

And it’s not that those critics are being unduly cynical.

After all, Amber has been in the spotlight for her entire adult life.

She’s had a number of relationships during that time, and they all ended in disaster.

And we don’t mean the kind of disasters in which feelings were hurt and hearts were broken.

We mean the kind of disasters in which arrests were made and charges were pressed.

Despite all of that, Amber’s new dude seems unconcerned.

Dimitri visited the US before the entire planet was locked down, and as we’ve been seeing on recent episodes of Teen Mom OG, Amber really put him through the wringer.

Garcia has already taken a lie detector test and met with Portwood’s therapist.

But the real trial by fire came on Tuesday’s episode, when Dimitri met the most important man in Amber’s life — her brother, Shawn "Bubby" Portwood.

"You want to stay here? Permanently?" the Bubster asked Dimitri, who seemed confused by the question.

Amber clarified that even though she doesn’t have custody of her kids, they’re the reason she’s staying put:

"Me, I’m never leaving the United States. I’m sorry, it’s not happening. I’m not leaving Leah or James ever," she said.

From there, she continued to try and put her brother’s mind at ease:

"I want, first of all, a relationship, and after, a visa for work," Dimitri added.

Amber apparently feels there’s no need to be worried that this guy is willing to leave his entire life behind a few days after meeting her.

After all, he passed a lie detector test!

"After the lie detector test, I’m giving him more of me," she said.

The Bubmeister, however, remained unimpressed.

"It makes it hard when you don’t know where someone comes from," he said.

"If he was from Indiana, I’d have more in common with him."

Shawn went on to say that he has completed his inspection of Dimitri and found Amber’s Belgian beau to be lacking.

"The reason why I came here this weekend is because I’m kind of concerned of his motives for being here," said Amber’s brother.

"The first thing that comes to mind is, well is he just trying to come into this country and stay over here?"

Amber went on to explain that possibility is no longer a concern — again, because of a televised lie detector test.

"That’s not my issue," she said, "We’re doing good on communicating right now. We really love each other."

Whatever his motives, Dimitri’s relationship with Amber has been placed on indefinite hold due to the pandemic.

"The coronavirus is obviously a big reason [we can’t see each other], and that’s okay because a lot of couples at the moment who are still in the same state have to do this."

She added that she and Dimitri are "still talking," and they hope to spend more time together soon.

May God have mercy on his Belgian soul. 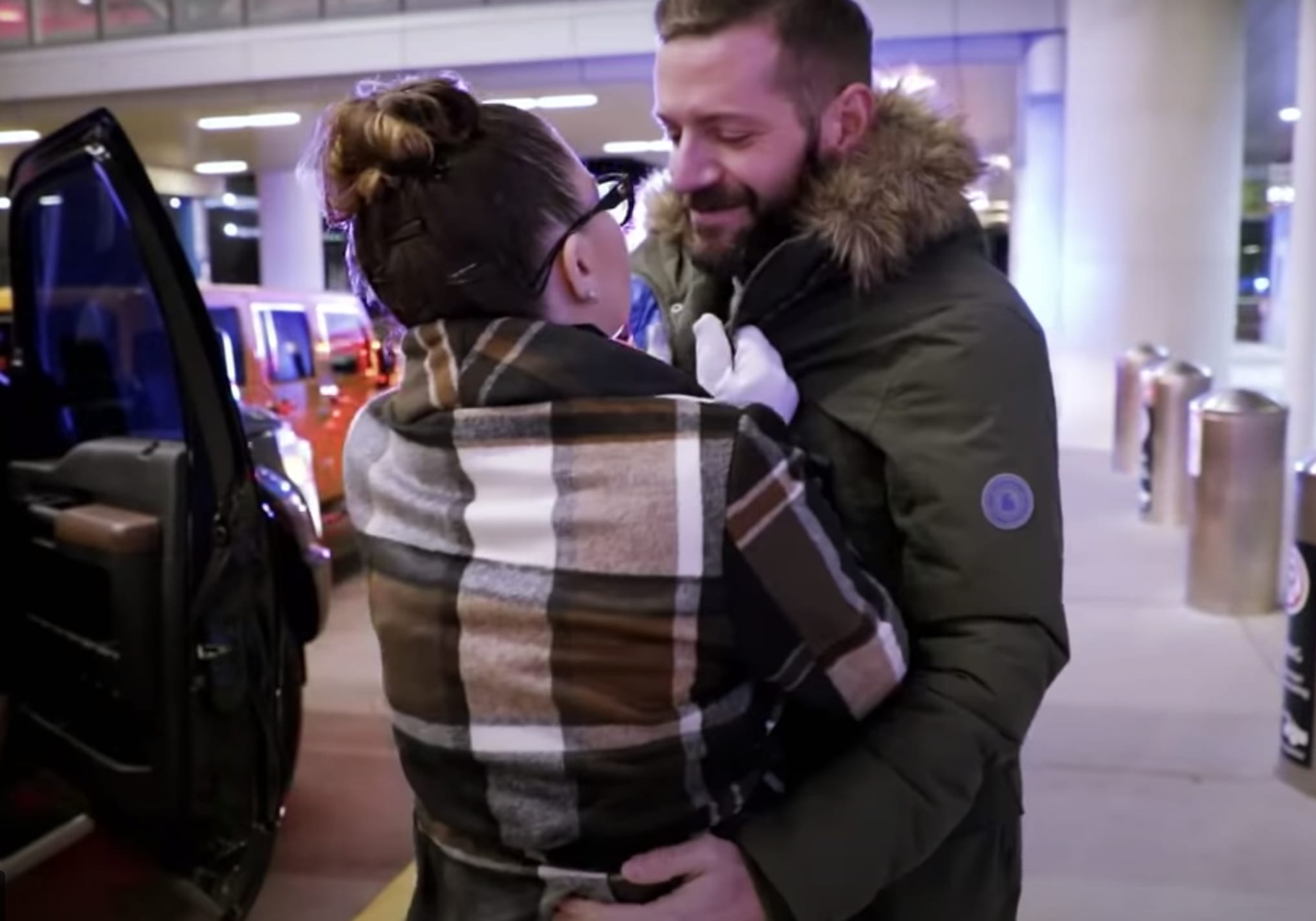