We hate to keep re-hashing this, but at the same time, we don’t feel we have any other choice.

Just ten short months ago, Amber Portwood was arrested on domestic violence charges after terrorizing her infant son and her then-fiance while brandishing a machete.

Amber avoided jail time, and she somehow managed to keep her job at MTV, so with the help of wealth and connections, she escaped the situation virtually scot-free.

So why do we keep bringing this situation up?

Well, for one, it’s important to remember Amber’s heinous crimes, even if her bosses seem to have no intention of holding her accountable for them.

On top of that, just a short months after this latest domestic violence incident (it certainly wasn’t her first), Portwood started dating some Belgian guy named Dimitri Garcia, and we’d hate to think he doesn’t know what he’s getting himself into.

Viewers cringed as Amber and Dimitri made their way through an awkward FaceTime call that would’ve seemed more at home on 90 Day Fiance.

Despite the fact that these two can barely understand each other, Amber basically transforms into a heart-eye emoji when talking about the guy.

"It was super chill compared to what was coming at me. I had other guys trying to talk to me, he was the only one who never brought up dick pics and things like that," she told a producer.

Asked for deets, she revealed that he’s from Belgium; he’s 39 (10 years Amber’s senior); he’s a father, and "a very handsome man."

From there, amber declared that "since we like each other this much," she and Dimitri have decided that he should visit the US for three months!

When a producer pointed out that the circumstances are highly irregular, Amber quipped, "I don’t think I can do anything normal. Now it’s some Belgium guy who speaks French!"

Needless to say, there’s a lot of skepticism surrounding this relationship, much of it coming from Amber’s inner circle.

"It’s gonna be hard if he’s got kids there and Amber has kids here," said Gary Shirley’s wife, Kristina.

"I think there’s a language barrier too."

Yes, as many fans pointed out on Twitter, there’s quite a significant language barrier.

Dimitri laughed it off, calling Amber "my new teacher for English."

But it’s something that could lead to significant communication issues down the line.

"Amber’s FaceTime with the new guy is a joke," one fan tweeted.

"He could barely understand what she was saying."

Fortunately, if this guy understands the international language of knife-wielding, they should be fine. 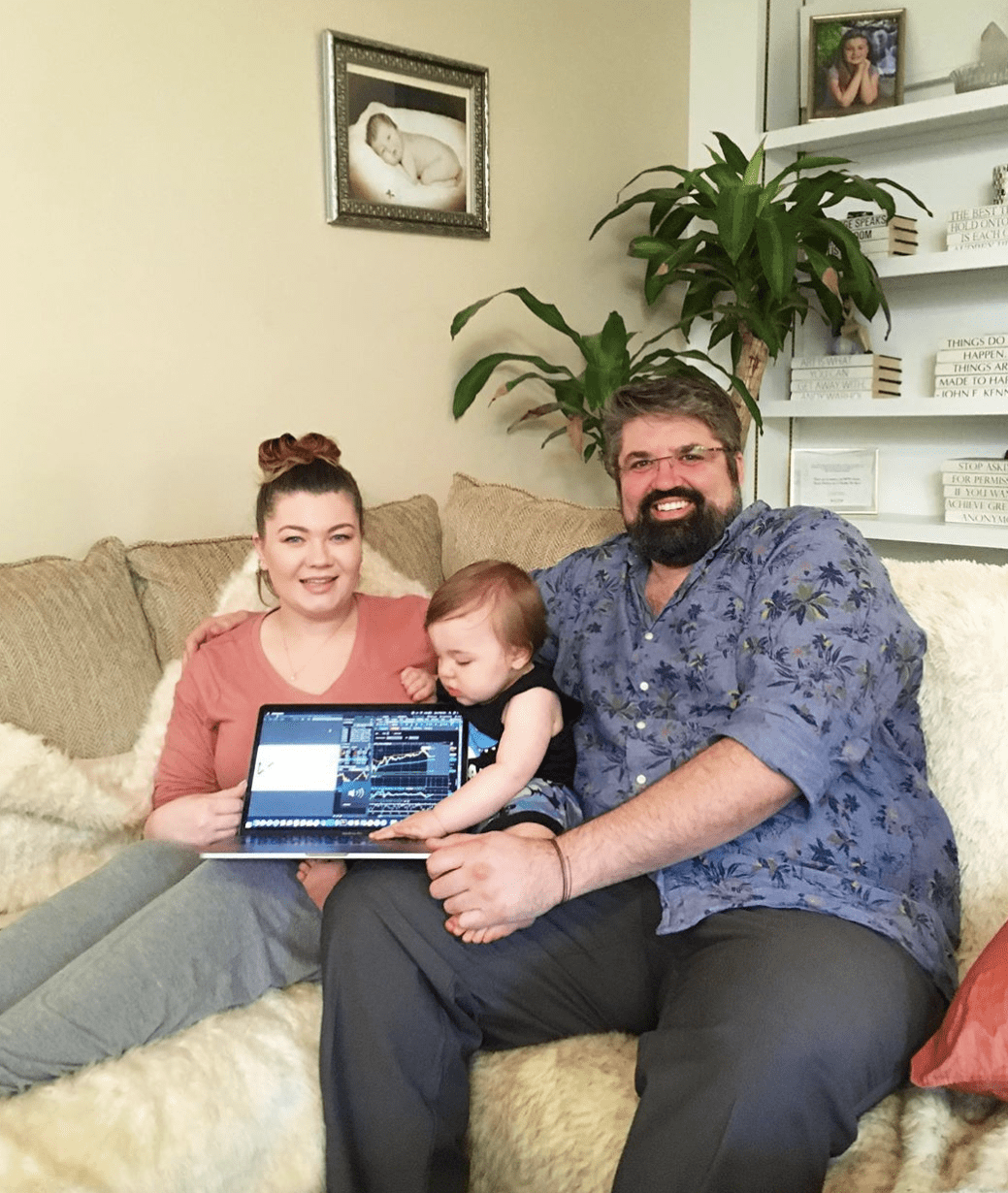