When the world first learned that Jersey Shore would be returning to MTV, fans anticipated a reunion of the original seven cast members who helped make the show a surprise pop-cultural phenomenon when it premiered in 2009.

Sure, Deena would be tossed in there, and maybe even Angelina. You might get an occasional cameo from Uncle Nino or that guy who owned the t-shirt shop — but what viewers really wanted more of was the dynamic among the OG gang of guidos.

There was just one problem — Sammi “Sweetheart” Giancola had put her fist-pumping days behind her, and it seemed that no amount of money would change her mind.

In its first season, Jersey Shore: Family Vacation made light of Sammi’s absence, with a poseable sex doll serving in her stead.

(Hey, they may be pushing 40, but this is still the Jersey Shore gang.)

These days, however, Sammi is mentioned rarely, if at all.

Family Vacation was supposed to be a one-off thing, but it’s morphed into a never-ending content juggernaut.

That means, of course, that everyone involved in making a metric f–k ton of money.

Everyone except for Sammi, that is.

When she initially declined to participate in the show, Sammi issued a statement explaining her decision:

“I have chosen not to join the show this season because I am at a completely different place in my life right now focusing on my businesses and relationship. I am not the same person as I was when I was 22,” she said at the time.

“At 31, I am currently extremely happy in every aspect of my life and want to avoid potentially toxic situations. However, it was a difficult decision as I love my roomies.”

But for all her high-minded justifications, it was widely assumed that the real reason Sammi sat this one out was her fully-justified fear and animosity toward ex-boyfriend Ronnie Magro.

Obviously, Ronnie’s situation has only deteriorated since then, thanks to his increasingly tumultuous relationship with Jen Harley.

Last week, Ronnie was tased and arrested following an altercation with Jen — so perhaps its no surprise that Sammi has decided to play it safe and cut ties with her Shore fam entirely.

“Some of the cast members have tried reaching out, but she hasn’t responded to them lately,” a source close to the situation tells Us Weekly.

“Everyone was invited to come on the show but Sammi was the only one who didn’t want to,” the insider adds.

And while she may not be cashing any more checks from MTV, it sounds like things are going pretty well for the former Shore str.

Insiders say her clothing business is flourishing, and earlier this year, Sammi got engaged to Christian Biscardi.

We don’t know much about the guy — but it’s a safe bet that he’s a hell of a lot more stable than Ronnie! 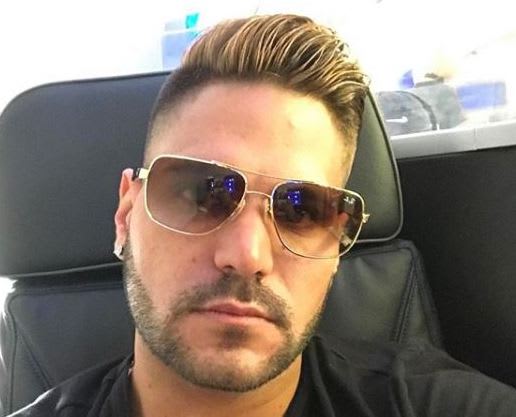