Folks, it looks like we may be in for yet another Ron-page!

As you may know, the tumultuous relationship between Ronnie Magro and Jen Harley is still, unfortunately, a thing.

And despite the fact that the couple enjoyed a rare, violence-free date night last week, it doesn’t look like they’ve learned to keep their tempers in check.

Or at least that’s the impression fans are getting from Raaahhhn’s Instagram Story at the moment,

Magro posted a meme that many are interpreting as a veiled shot at Jen.

The post features current Meme King Kermit the Frog along with some sage advice:

Now, it could be that Ron simply saw that joke elsewhere, thought it was funny, and decided to share it.

Or it could be that Ron finally checked out A Double Shot at Love starring his former housemates Vinny and Pauly, and he found himself overwhelmed by the idiocy of the world, which is a common reaction to watching that show.

Whatever the case, this is the internet in 2019, which means the hot take interpretation has reigned supreme on social media.

Many are now convinced that Ronnie and Jen have broken up again and this is Ron’s way of subtly roasting his ex on the Gram.

Sadly, that doesn’t seem to be the case.

For one thing, when have we ever known Ron — or Jen, for that matter — to be subtle?

Every time these two break up, they hurl more insults than the president on a heavier-than-usual Adderall binge.

Sometimes, the situation escalates even further and someone gets dragged by a car.

What they don’t do is insult one another with passive-aggressive memes.

Not only is this not Single Ronnie behavior, the latest interactions between Magro and Harley seem to indicate that all is well in their relationship.

Last we checked, Ronnie and Jen were pretending to get married, which is the stuff of nightmares at this point.

Look, we appreciate that these two are trying to make it work for the sake of their daughter, but if Ron puts a ring on it, it may be time for his Jersey Shore family to intervene.

After all, Magro has already given Harley many, many shots at love. 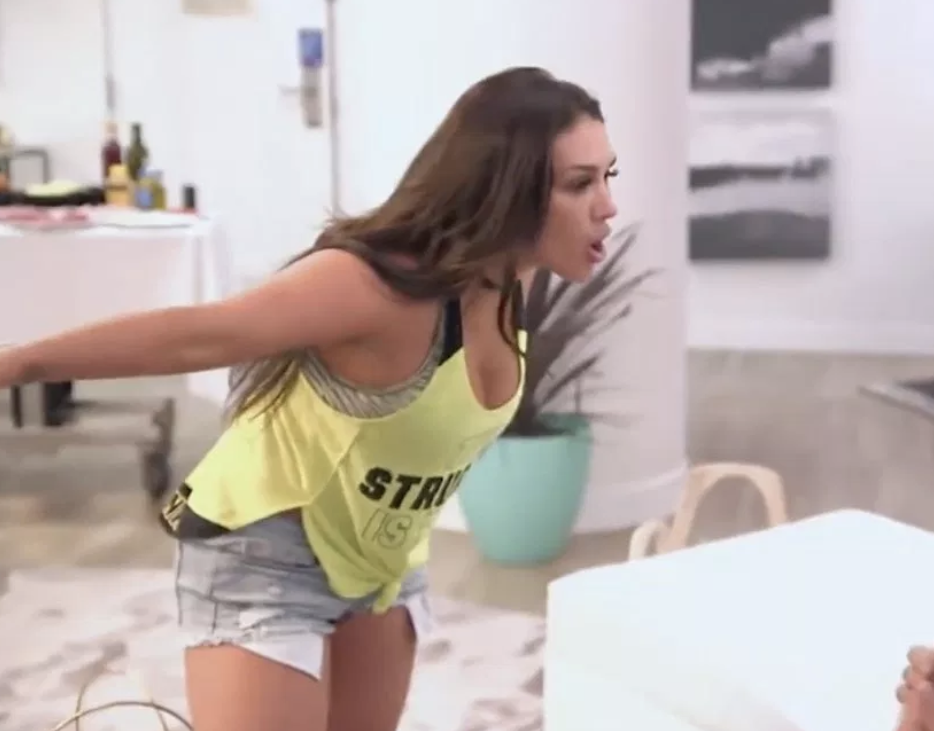 Jen Harley: What Arrest?? I’ll Be Back on Jersey Shore, You Wait!!!