Folks, it’s the end of an era.

Actually, it’s been the end of an era for a while now, but Jenelle Evans is just figuring that out.

As you’re probably aware, Jenelle got fired from Teen Mom 2 back in May.

And this wasn’t a case of two parties amicably deciding to bring their professional relationship to an end.

No, Jenelle was axed after her husband, David Eason, shot and killed the family dog during one of his infamous fits of rage.

Beating and murdering puppies isn’t the sort of behavior that sits well with audiences, and since Jenelle stuck by David and helped him avoid prosecution, she had to go.

Of course, in all likelihood, if it hadn’t been that, it would’ve been something else.

With their mile-long rap sheets, obvious substance abuse, and the many "drunk and dramatic" misunderstandings that all too often resulted in police being called to their home, the Easons were a powder keg waiting to explode, and MTV was likely happy to have an excuse to cut them loose.

In other words, Jenelle’s termination was a long time in the making, and everyone saw it coming — except for Jenelle.

Insiders say Evans was "blindsided" by the news that her time as a TV personality had come to an end.

For a while, after she was let go, it seemed that Jenelle believed she would be re-hired by Teen Mom 2 producers.

Now, it looks as though she’s finally coming to terms with her unemployment.

Jenelle posted the photo below over the weekend as part of a seemingly never-ending celebration of her second wedding anniversary.

"Before eating, after eating. What are carbs?" she captioned the post.

Apropos of nothing, one fan (yes, apparently Jenelle still has fans) asked, "Are u off teen mom for good now???"

That may sound like a non-committal answer but this is the same Jenelle who, just a few weeks ago, was adamant that she would eventually return to MTV in triumphant fashion.

It’s unclear what may have caused her to finally accept the reality of her situation.

Perhaps she realized that Farrah Abraham still hasn’t been welcomed back into the Teen Mom family a full two years after getting fired.

(Although Farrah did land a role on Ex on the Beach, so maybe there’s hope for Jenelle yet!)

Perhaps she looked at the situation involving Amber Portwood’s arrest and realized that it takes a lot for MTV to fire a well-known star, and so the powers that be are likely to stick to their guns once they’ve made such a difficult decision.

(Amber is facing prison time, and yet she still has her job.)

Whatever the case, Jenelle will never again film new scenes for Teen Mom 2.

Perhaps now that she’s accepted that, she can focus on the many areas of her life that demand immediate attention. 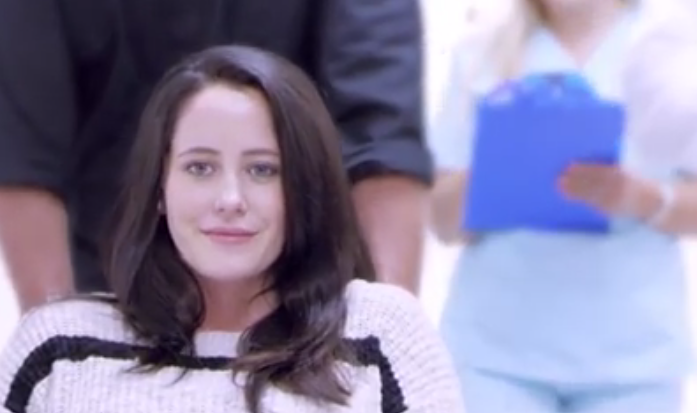