Things are not going well down on the Eason family swamp.

They never are, of course, but this week has been especially horrific.

We’re learning more and more about what happened to Nugget, Jenelle’s poor little French bulldog, at the hands of David Eason, and it keeps getting worse and worse.

What happened was that on Monday, Nugget nipped Ensley.

He posted a video of Ensley climbing all over Nugget and getting in its face to give it a kiss, and the dog was clearly getting upset, but instead of doing anything about it, he kept filming until the kid got a warning nip.

Apparently this video wasn’t filmed on Monday, it was a previous incident, but he also shared a photo of Ensley’s face after the "bite" — the skin wasn’t broken, and there was no blood.

If David was sincerely concerned that Nugget would hurt his daughter, he could have rehomed the dog, or, you know, maybe trained it a little bit, or taught Ensley how to behave around animals.

Instead, he beat the dog so much that when he was done he was reportedly "covered in blood" then shot it.

Jenelle has been understandably devastated by what happened, and she’s said that she’s considering divorcing him over it.

Could he face any other consequences from this?

As it turns out, yes.

And thank goodness for that.

We’d heard that police paid a visit to the house, but that was because Nathan called and asked for a welfare check for Kaiser.

He was fine, and that was that — the officers didn’t look into anything else at the time.

But yesterday, after all kinds of officials received reports and complaints about what David did to Nugget, animal control went to pay a visit.

It did not go well.

The gate was open, so they drove through the swamp and up to the house, and they were greeted by Jax, Jenelle’s pit bull, and tons of "No Trespassing" signs.

David has said many, many times that he’s ready and willing to shoot anyone who steps foot on his property, and if he was able to beat and kill the family dog, we wouldn’t put that past him.

So animal control left and asked police to take over.

The plan is to confirm that the dog is dead and to see who its official owner was, then go from there.

And in case there was any confusion, the Columbus County Sheriff’s Department confirmed to TMZ that they, along with Columbus County Animal Control, have "initiated a joint investigation into allegations of animal cruelty."

"The investigation is ongoing."

But not for animal cruelty.

Yep, David, gem that he is, apparently hasn’t been paying child support for his son, Kaden, for a while now.

Kaden’s mother got a restraining order for him (and for herself) against David after claiming that he was abusive to her during her pregnancy, and he violated it a few years ago.

He got in a bit of trouble then, but was able to work things out with his ex so he could see Kaden every once in a while.

It’s definitely for the best, but the least David could do is pay his child support — he’s now thousands of dollars behind in his payments.

He was given a deadline to catch up on everything, and that deadline is today.

If he doesn’t pay up, he could very easily be taken to jail. 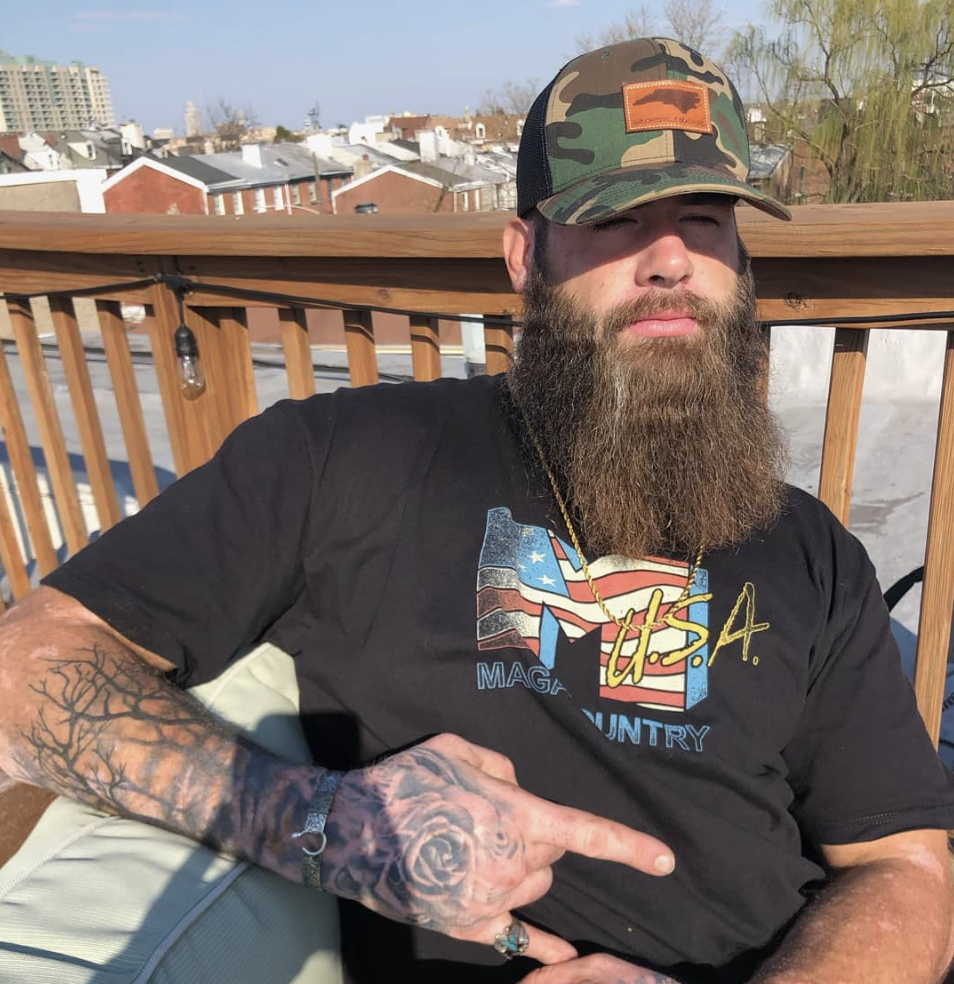 David Eason: Damn Right I Killed My Dog! And I’d Do It Again!

We’re not sure how David feels about this, since he deleted his Instagram account last night, and Jenelle has said that she and the kids are staying at a friend’s house right now, so if he does get arrested, there won’t be any witnesses.

We’re sure we’ll hear about it though — keep your fingers crossed that Lady Justice pulls through on this one, OK?