Yup, she really is outta there, folks.

After hinting on Instagram that she was done with Teen Mom OG after just one season on the MTV reality show, the polarizing mother of three has now confirmed her departure.

Palin will not be returning as an original gangster of a teen mom.

“Teen mom OG wasn’t a fit for me, it took away my peace.. and honestly – my peace has a price tag that no one but God can afford,” the 28-year-old explained profoundly on Instagram late Monday.

She had reportedly received a $250,000 salary for that one season on the show, but Bristol leaped on her soapbox here and told her followers:

“$ doesn’t impress me, I don’t entertain bs, and walking away from this show allows God to rebuild me (and my little fam) in the right direction.”

Late last week, Palin was asked by a supporter whether she’s sign a new contract after the way she was allegedly treated by producers last year and Bristol shook her head to indicate no.

She is now backing up that head shake with actual words. 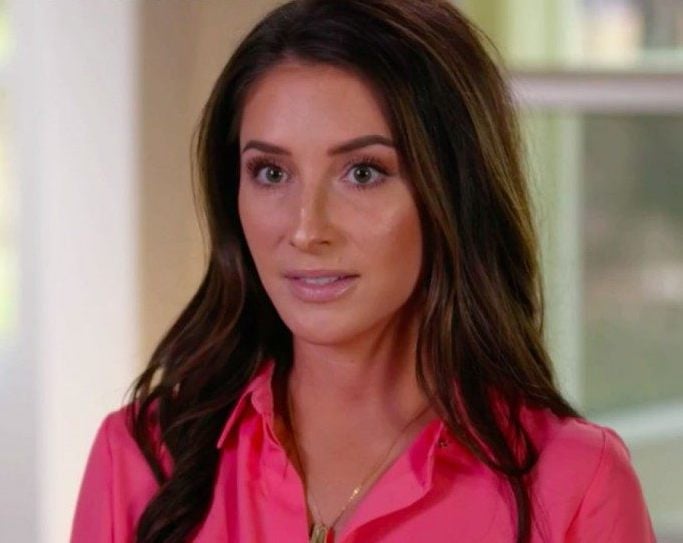 Bristol didn’t really feud, or even interact, with many other cast members.

Most of her time on the series was spent picking apart her failed marriage to Dakota Meyer.

As a result, Palin singled out the other Teen Mom OG stars here and sent them her best, concluding her social media message as follows:

“I have love for all the girls on the show, and wish them the best of luck in all their future endeavors!! xoxo, B."

It’s unclear what Palin expected from her stint on the program, but she made it very clear toward the end of this run that she wasn’t satisfied with how everything turned out.

In Palin’s view, producers only focused on the negative and the drama, turning her into a villain by highlighting her seemingly insensitive reaction to ex-husband Meyer suffering from PTSD due to his time in Afghanistan.

The daughter of former Alaska governor and Vice Presidential candidate Sarah Palin had stated in the past that she took issue with the way she and her family were depicted on the show.

“I’m a pretty great mom, work my ass off, show up, and hustle everyday to give my kids a pretty great life,” she wrote on Instagram in December of 2018.

“@mtv doesn’t want to talk about faith, show work ethic, or juggling three kids alone, they don’t want to show the humble process of starting over after a divorce, building a career, or any real life issues.

"All they want with my little segment each week is some fake fill-in Farrah Abraham/Jerry Springer BS, and it’s simply not true.”

Palin garnered some backlash for these comments because, as we noted above, what exactly did she expect from Teen Mom OG?

She was going through a divorce from the father of two of her kids; and some pretty mean things were said between the couple.

Of course cameras would hone in on these interactions and not the sweet way Palin read books to her kids before bedtime or some other mundane aspect of her life.

Bristol wrote at this same time that her life consists of more than “sitting around talking about baby daddy drama.”

She then trashed the series for the “inaccuracies and false narratives” in her story line, concluding:

“I hate getting all me on you guys but I’ve kept quiet for too long about it. Don’t believe everything you see on TV."