Earlier this week, we reported on the persistent rumor that Josh Duggar will be returning to television with an appearance on his family’s reality show, Counting On.

The rumor mill has been working overtime this week, thanks to an Instagram post from Josh’s wife, Anna Duggar.

It’s not uncommon for Josh to appear on Anna’s IG page, but this time was different.

This time, Josh appeared to be the center of attention at a children’s party, and Anna’s followers believe there was a TLC cameraman on the scene.

It didn’t appear to be the kind of situation that would allow for Josh to be edited out in post-production, as the show has done in the past.

The incident was viewed by many as the latest stunt in Josh and Anna’s comeback tour.

Many believe that Josh and Anna are putting major effort into reshaping their image as a couple in hopes that Josh will be viewed as a family man and not a child molester.

They’re aware, of course, that that will be no easy feat, but those closest to the couple say they’re willing to do whatever it takes, up to and including creating a new life.

Yes, rumors of Josh and Anna welcoming a sixth child have been running rampant lately.

The more cynical Duggar obsessives believe that the baby is a publicity stunt, and Josh and Anna are hoping it will help fans forget about the sexual assault allegations against him.

For a while, there was no official word from Josh and Anna, but fans theorized that the kids’ party/scavenger hunt captured on Anna’s Instagram was some sort of elaborate gender reveal shindig.

Her followers became so curious that one just decided to go ahead and ask Anna point-blank if she’s knocked up.

"Any more babies in your future Anna? Would love to see another Duggar baby," the fan commented (as though there’s a shortage of Duggar babies).

But it seems Anna’s now-deleted reply left many disappointed:

"We would be thrilled if God blesses us with more children. Right now we are enjoying the five beautiful children he has given us."

So we guess the celebrating and the outrage were both premature. 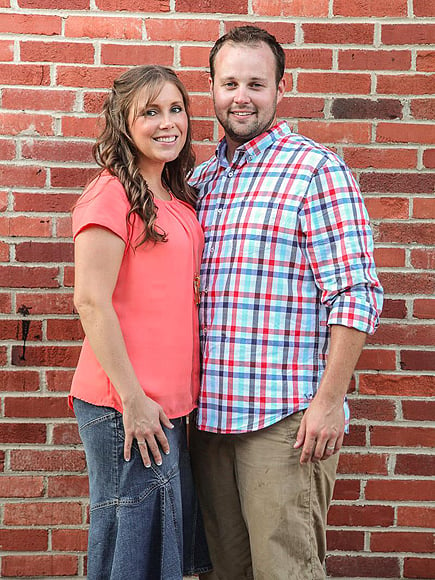 Anna Duggar Spotted Breastfeeding: Did She Secretly Have Another Kid?!