It’s been five months since Lauren Swanson and Josiah Duggar got married, and to the surprise of many, the couple has yet to make a pregnancy announcement.

Obviously, this is one of those situations that would be perfectly normal in the real world, but is flat-out bizarre in the alternate reality the Duggars have constructed for themselves.

Naturally, rumors about Lauren being pregnant have been circulating since the moment she and Josiah said "I do."

But to the frustration of many, the couple has yet to confirm that they’re in their way to starting a family.

That doesn’t mean, of course, that there’s no bun in Lauren’s oven.

For months now, fans have been examining Lauren’s pics for proof that she’s secretly knocked up.

And they believe they found what they’ve been looking for in the photo above.

It’s not like Lauren is cradling a massive baby bump or anything, but followers believe all those scarves and all that billowy clothing are serving a purpose beyond keeping Lauren warm.

Like we said, it’s not much, but it’s sufficient evidence for some fans, many of whom have already jumped to the conclusion that Lauren is expecting.

Interestingly, the pic was posted not by Lauren, but by her close friend Ashley Salyer.

"Throwback to last Sunday with these lovely ladies! Miss them already!" Salyer captioned the pic.

"I love wedding weekends and the chance it gives to catch up with long distant friends!"

The mention of weddings prompted some fans to remark that the Lauren might be waiting until the end of wedding season/the beginning of the holiday season in order to announce her pregnancy.

Earlier this month, John David Duggar married Abbie Burnett in Arkansas, which may have played a role in Lauren’s decision to keep her pregnancy on the down-low.

The Duggars like to space out big events so as to keep fans engaged in their lives.

Lauren and Josiah might have held off on their announcement so as to not overshadow John David’s big day.

Of course, it’s equally possible that as much as fans want her to be, Lauren is not pregnant.

Whatever the case, you can expect an announcement in the very near future.

That doesn’t mean we’re of the belief that Lauren is necessarily expecting.

It’s just that she’s a Duggar woman now — which means that if she’s not already pregnant, she will be soon. 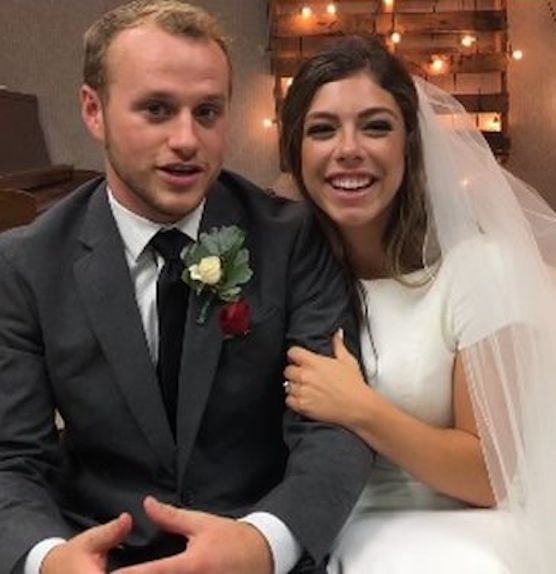