And now they’re prepared to go all the way…

… as husband and wife!

The couple, who started courting in June and announced their engagement a month later, went ahead and got married on Saturday, November 3.

They confirmed the exciting news to Us Weekly via a statement that reads:

“We are so excited to be married!

"It was a beautiful moment and we so appreciate our friends and family for sharing this day with us. Most of all we are thankful to Christ for bringing us together.

"This is going to be an amazing journey!”

The Duggar family also made the nuptials public by writing a post titled "Husband and Wife!" on its official blog that includes this passage:

"We are overjoyed for the two of them to begin their married life together.  We know the Lord has brought them together and will use them to reach many people.

"We are so happy to be surrounded by family and friends and we thank you all for your prayers and support for John and Abbie."

Many members of his famous family were afraid that John-David would never find a mate, but he seemed VERY into Abbie as soon as the pair made their relationship romantic.

We often heard the two were breaking Duggar courtship rules on the reg, snuggling and even kissing in public.

They just couldn’t keep their hands off each other, according to various reports.

Touching of pretty much any kind before marriage is forbidden by Jim Bob and Michelle Duggar.

Now, however, nothing is off limits.

We’d have to imagine John-David and Abbie took full advantage of their new status on their wedding night, as they addded a section of their own in the aforementioned blog post.

"We are so excited to be married!" it reads.

"It was a beautiful moment and we so appreciate our friends and family for sharing this day with us.

"Most of all we are thankful to Christ for bringing us together. This is going to be an amazing journey!"

This bride and groom knew of each other for several years before they started courting, although Burnett said over the summer that she “really got connected” to Duggar when the TLC personality visited her native Oklahoma for a church event.

Abbie lives there and works there as a nurse.

In a network-sponsored video, meanwhile, Duggar and Burnett explained that they "fell in love very quickly," saying together after agreeing to marry in July:

Wow! We are engaged! This feels even more real than before! It was a special moment to share together.

The proposal and the ‘YES’ really solidified that we want to spend the rest of our lives together.

One of the most amazing things about following Christ is being able to trust Him to direct your path and lead your life.

We are so thankful that He led us to one another.

And now He has led them into marriage.

In June, as you likely know, another Counting On family member, Joshiah Duggar, married Lauren Swanson in Siloam Springs, Arkansas.

For more details on Duggar and Burnett’s big day, fans will be able can get a first look of the ceremony on November 20 on TLC GO.

And they can also tune in November 27 at 10/9c to see the wedding special on TLC.

Congrats to the newlyweds! 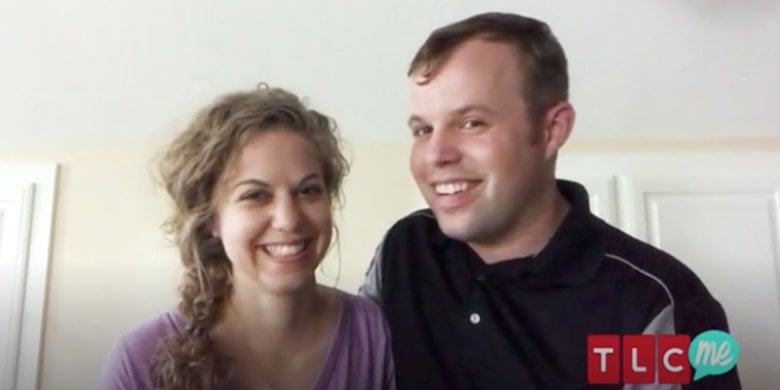 John David Duggar and Abbie Burnett: We Make Our Own Courtship Rules and That’s …