Yup, celebrity gossip fans, they sure do!

The ceremony came as a surprise to even the most loyal followers of this couple, seeing as they kept their wedding date a secret ever since getting engaged.

“Our wedding day was absolutely perfect!”

Added the TLC personality himself:

“What was even more perfect was to see my beautiful bride walking down the aisle.

"We are so thankful the Lord has brought us to this place and we can’t wait to begin our journey as husband and wife!”

Per this same publication, you can scroll down for more details from the big, romantic day…

– The ceremony was officiated by Lauren’s father Dwain Swanson.

– For their wedding colors, Duggar and Swanson selection a combination of grey and blue, pink and olive; plus green and white.

Even for members of this… ummm… interesting family, they seemed to move very quickly.

Josiah, typically considered the most rebellious of Jim Bob and Michelle’s kids, had previously dated Marjorie Jackson in 2015.

This pair split after just a few months, however, and it took Josiah two-plus years to find another worthy dating mate in Lauren.

Similarly rebellious, Lauren has often been spotted in shorts that stop above the knee, which is usually a major no-no within the rules of Duggar courtship.

Duggar and Swanson were originally scheduled to get hitched this summer… only to postpone the date and reportedly considering walking down the aisle on New Year’s Eve instead.

But then the twosome switched their wedding back to June 30 instead, prompting an obvious rumor:

Was this a shotgun wedding? Is Lauren Swanson pregnant?!?

We’ll find out soon enough, but even if this is the case, we’re sure the family will allege that Lauren and Josiah simply did the unprotected deed on their honeymoon; hence their procreation.

You can track the dating and engagement timeline of the couple below: 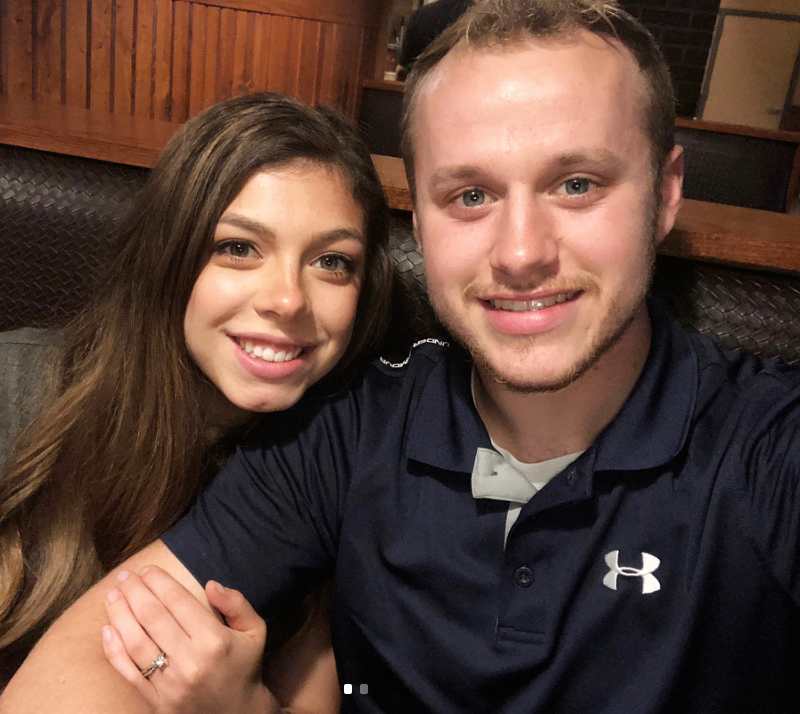 Josiah Duggar and Lauren Swanson: Inside Their Scandalous Love Story

Upon confirming his engagement about six months ago, Josiah said the following to People:

“We are overjoyed to begin this new phase of our lives together.

"Through the years our families’ friendship has allowed us to get to know one another as friends.

"I can definitely say I have found a great friend … even better than I could have hoped for or imagined.”

Josiah added of Lauren, who has known the Duggars for years and who has seven siblings of her own:

I so appreciate Lauren’s Christlike character and tender heart toward others.

She bring sunshine into the room and encourages everyone around her.

It’s always stood out to me that in every situation, she looks for the one who appears to be sad or lonely and quickly can brighten their day by sharing words of hope, an encouraging scripture, a prayer or even a simple smile with them.

TLC’s Counting On, meanwhile, returns with new episodes on Monday, July 30 at 9/8c.

Congrats to the newlyweds on their wedding!

And on their baby, whether they are expecting one now; or for when they will be expecting one, which we’re sure should be any day now.