It’s been almost a year since Farrah Abraham got fired from Teen Mom OG, but the former reality star has had no trouble keeping busy during that time.

Unfortunately, her favorite pastimes these days all have to do with violence.

Yes, Farrah has always been an angry person but she’s never been quite this committed to physical violence.

And we’re not just talking about the incident back in June when Farrah attacked an employee at the Beverly Hills Hotel.

No, that little episode just gave her a taste for blood, and these days, Sophia’s mother is actually making a career out of punching people.

Yes, Farrah is rebranding herself as a "celebrity boxer."

And even though she’s having a hard time convincing any of her fellow "celebrities" to step into the ring, (Lindsay Lohan and Paris Hilton both turned Farrah down), she’s clearly taking her training very seriously.

As proof, Farrah posted this photo of herself alongside her equally ripped trainer, Tony Thomas.

“Look at us & our Abs," Farrah captioned the pic.

Now, Farrah has obviously been focusing on her fitness these past few weeks, but results like that are enough to make anyone suspicious.

After all, the girl can work out all she wants, but it’s not as if she’s without vices.

(Farrah was smashed out of her gourd during the Beverly Hills Hotel incident, for example.)

Plus, Abraham is widely despised by her social media followers, so perhaps it should come as no surprise that fans are throwing major shade in response to her latest pics.

Did Farrah get ab implants? Is she juicing? Should all current and former Teen Moms be subjected to random drug tests?

As far as we can tell the answers are "probably not," "very likely," and "absolutely."

Look, we kid Farrah because it’s so fun and easy.

In all likelihood, those results are totally natural and she’ll be cutting quite an intimidating figure when she steps into the ring against Nicole "Hoopz" Alexander.

She might not be ready to divulge her secrets, but there’s no denying that the girl is putting the "ab" back "Abraham." 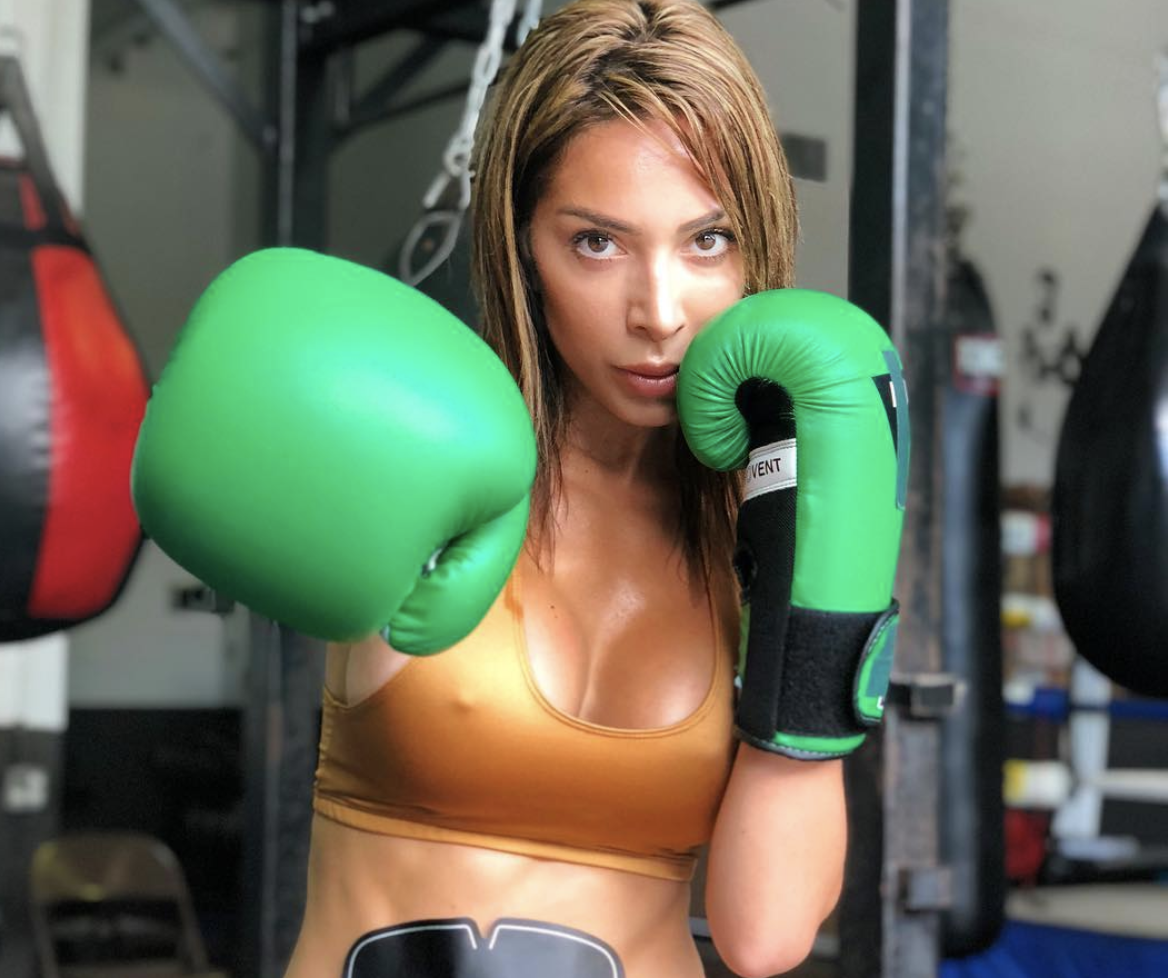 Farrah Abraham on Teen Mom OG: LOL! Such a F–king Joke Without ME!