Great news: someone besides Farrah Abraham has finally taken the time to comment about her current situation with Teen Mom OG!

That means that, at long last, we finally understand what’s happening.

Farrah tried, bless her heart, but with all her ramblings about hate crimes, it was hard to figure out what had happened. And with a story as juicy as this one, you know we needed to know every last detail.

She was very upset about it, and she accused Viacom, MTV’s parent company, of discriminating against her.

She dropped the term "hate crimes" a bunch, because Farrah is Farrah and Farrah does not understand many things.

Later, she said that she actually wasn’t fired from the show — she was "fake fired."

One thing was for sure though — she was not having any of it.

From what we can tell, she hasn’t been filming any new footage for the show, even though she wasn’t technically fired. Earlier this week, she demanded an apology from MTV, as well as payment for the rest of the season.

The whole story almost makes sense, but not quite, right?

Thankfully though, Farrah’s father, Michael Abraham, chatted with The Ashley’s Reality Roundup to clear up all this confusion.

"Farrah was never legally fired; she was never in breach of her contract and she never cancelled filming," Michael began.

"You have MTV — the network that airs the show — and you have Viacom, which owns MTV. Then you have 11th Street Productions, the company hired to produce the show."

"Our contracts are with MTV and Viacom, not 11th Street," he explained. "So, basically Morgan [J. Freeman, the show’s executive producer] did not have the authority to do what he did."

It’s all coming together now, isn’t it?

Michael also said that the production company had cancelled filming with Farrah and her family several times before eventually asking to film on a day that wasn’t scheduled — the day they fired her.

That day, he said that "they basically ambushed Farrah on-camera," and producers "sex-shamed her on-camera and they did it purposely at a time when none of us were there."

We saw a little bit of that day’s footage in the supertease for the season, and she did seem extremely upset.

"I was surprised that they would even attempt what they did," Michael shared. "I was disappointed that an executive producer would interject his bias and judgment into the show."

"It’s a show documenting these girls’ lives, and they’re trying to control and use their influence to change Farrah into what they think she should be. It was completely wrong."

So will she still be on the show or not?!

Michael said that right now, "She’s considering her options. She has many opportunities to work in the entertainment industry. It’s completely up to the network, not Farrah."

A source claimed that MTV is currently trying to figure out how to move forward — one possible option is to hire a new production company to film Farrah. 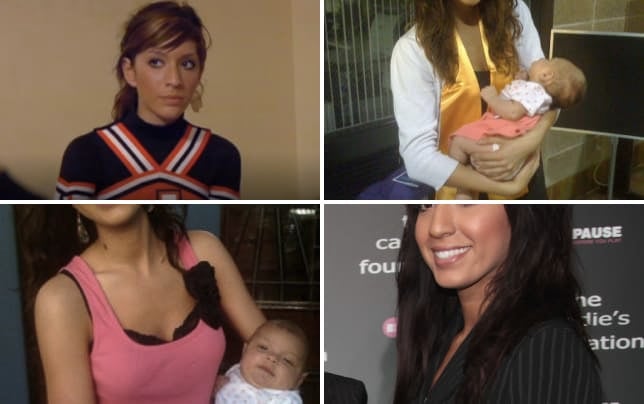 It’s nice that they’re trying to work something out, especially considering that they never fired her in the first place.

But we imagine they’re going to have to jump through some hoops to get Farrah back on their side again — she really seems pissed, and if Michael’s story is correct, then it’s easy to see why.