Where would Farrah Abraham be without Teen Mom?

It’s difficult to imagine, and a little frightening too, honestly.

If MTV had never gotten involved with Farrah, she still would have gotten pregnant as a teenager, and her on-again, off-again boyfriend, Derek Underwood, still would have tragically passed away before their daughter was born.

Farrah’s mother probably still would have allowed her to move into the house she owned across the street from the family home, and our girl would work in pizza joints with dreams of owning her own restaurant one day.

But without the Teen Mom fame and fortune, she never would have been able to move around as easily as she has been, and there would be no reason for Vivid Entertainment to release her sex tape.

She wouldn’t have the funds for all that plastic surgery, either, and there’s a chance her ego wouldn’t have gotten so out of control, but that may just be wishful thinking.

If Farrah had never been on the show, she’d probably be living in Iowa, possibly working her through culinary school, and living the life of your average single mother.

In a whole lot of ways, she’s extremely lucky she was cast on 16 and Pregnant all those years ago.

But you know this girl is way too proud to ever admit that.

Ever since she got fired last fall, she’s been running her mouth all about MTV and how awful everyone involved with the show is — she even sued Viacom, MTV’s parent company.

And in this new interview she did with Daily Mail Australia, not much has changed.

About her Teen Mom co-stars, she said "I think all of the women try to imitate me in my business endeavors and don’t succeed."

There’s that ego we were talking about!

Farrah also went off about Bristol Palin, something she seems to really enjoy doing lately.

As she recalled, "I was actually with Bristol back in the day for a speaking panel, and she was not 16 and pregnant. She was 18."

"16 and 18 are far different ages, so I almost put that out there because the storylines were so not right."

She’s right, Bristol was 18 when she gave birth to her first child, but she was 17 when she got pregnant and for most of her pregnancy.

You know who else was 17 when she got pregnant, despite being on a show called 16 and Pregnant?

Also, in what universe are 16 and 18 "far different ages," besides the legal universe?

Anyway, Farrah continued slamming Bristol by saying "I don’t know if they’re just trying to find somebody, but she doesn’t have a following like me, she doesn’t have a lot of things that I think the Teen Moms need in order to keep going."

"There’s now a large gap of entertainment and success that I brought to the show."

She’s acting like she’s some celebrity that was cast on Teen Mom, not some pregnant teen who, along with a few other pregnant teens, lucked out and got a reality show.

It’s bizarre, and also a little tragic, much like Farrah herself.

She still wasn’t done, either.

Again, Farrah was never 16 and pregnant, and neither were many of the other moms on the show.

Bristol didn’t struggle as much as the Teen Mom crew, that’s true, but that has more to do with her family’s wealth and success and less to do with the exact age she was when she gave birth. 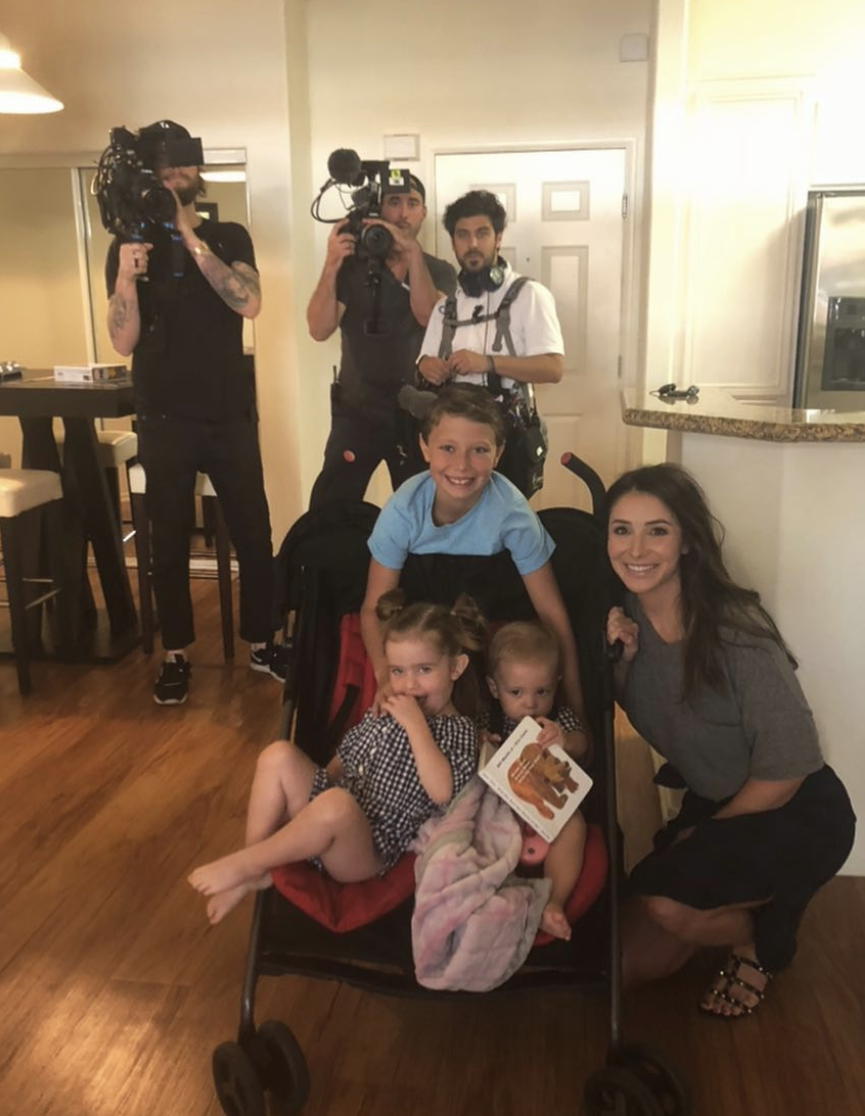 But still, we’re glad Farrah could take some time to feel superior about being a few months younger than Bristol was when she had her first child.

Can this girl get any more ridiculous?