For a good long while now, even before the divorce, Teen Mom 2 fans have been split into two camps: Team Kailyn and Team Javi.

These people have created a "poor Javi" narrative, all about how Kailyn was never kind or warm to him, and when he was overseas, fighting for his country, Kailyn stayed at home and cheated on him and broke his heart.

And to be fair, some of those are some solid points, but even Javi will say that both he and Kailyn contributed to the ultimate destruction of their marriage.

But the point is that when it comes to Kailyn Lowry and Javi Marroquin, most people seem to take Javi’s side.

And those people will be absolutely thrilled to see his latest move.

He landed a magazine cover, y’all!

That’s Javi with little Lincoln on the cover of Posh Kids, looking dapper as dapper as can be.

In the accompanying interview, he revealed quite a bit of information about his split from Kailyn and how he handled it, as we heard yesterday.

When he returned home from his deployment, he said, he was an "angry person," and "everything was still raw and still so new, and I was in a bad place."

He seemed to put at least a little bit of blame for the divorce on MTV, explaining that filming "adds stress," but "MTV doesn’t hold a gun to your head."

Everything that happens on the show, Javi explained, "it’s what we say, and it’s what we do … I’m not going to attribute the show to the fail of my marriage."

"I think we both made decisions and some were right, some were wrong and that is what ultimately lead to the end of our marriage."

So while he says "I think I could have handled it a lot better than what I did," he still has a ton of people supporting him.

He shared the magazine cover on his Instagram, and the comments were quickly flooded with sweet, positive messages from his fans.

His followers were quick to tell him how gorgeous he was, and how handsome both he and Lincoln look in the photo.

Several women asked if he was single — he just broke up with Real World star Madison Walls, so depending on how fast he moves, there’s a good chance he’s available. 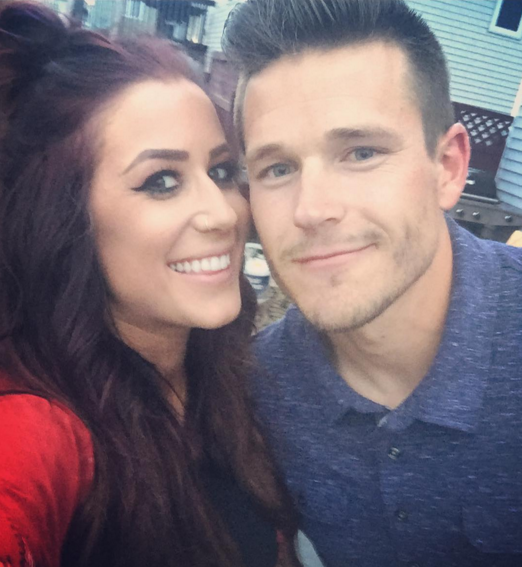 The only issue people had with the cover was that they wished Javi’s former stepson, Isaac, would have been able to be in the photo as well.

And we agree, it would have been nice, but either way, looking good, Javi!