Taylor Swift once sang about her "Style" in a smash hit single off her latest album.

But she was probably singing about an ex-boyfriend.

What about the superstar’s actual style? Along with pretty much everyone famous on the planet, this was on display at the MET Gala in New York City on Monday night. 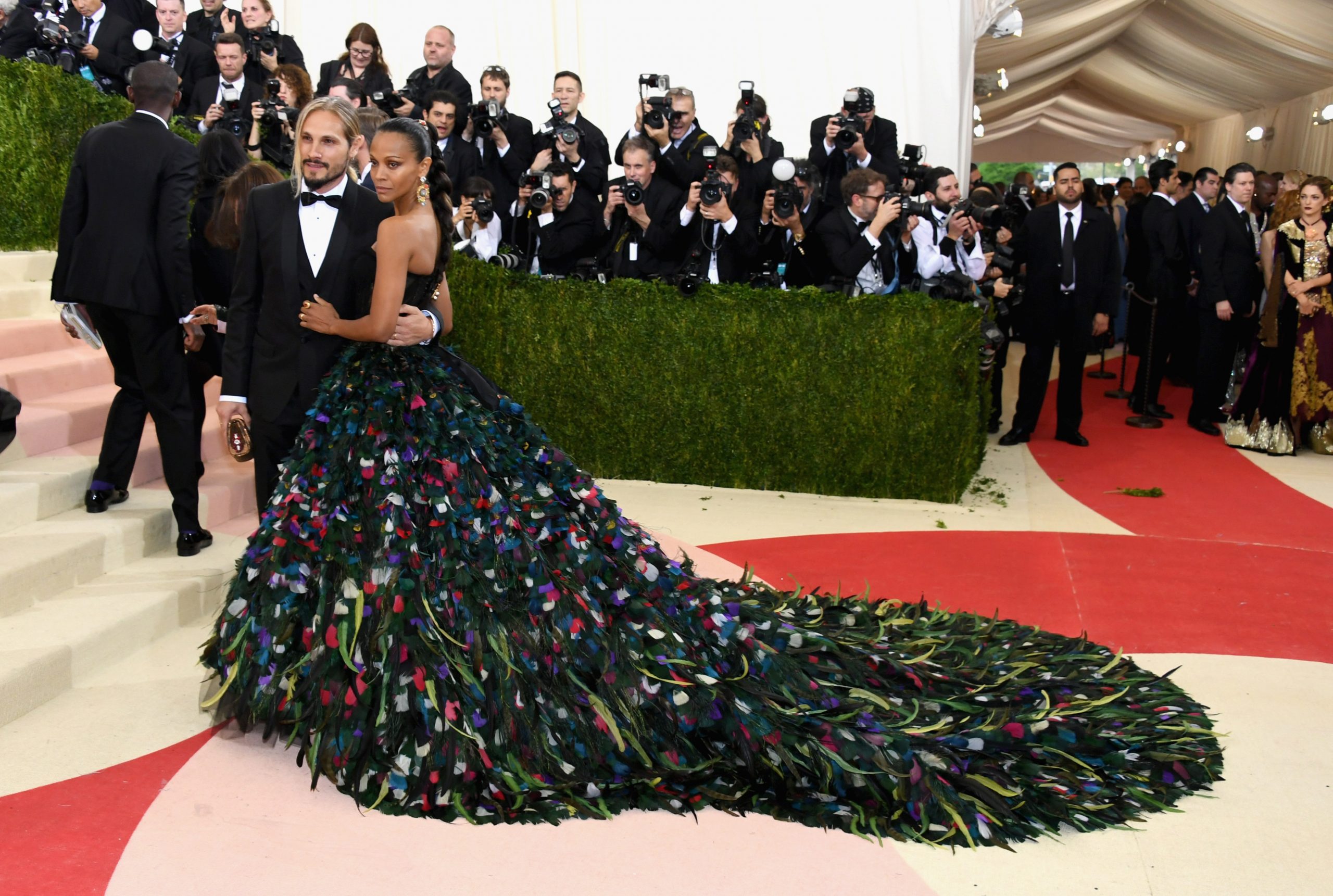 Following the theme of “Manus x Machina: Fashion in an Age of Technology,” Swift walked the red carpet in a silver Louis Vuitton mini dress.

It featured a tiered ruffle skirt and cutout waist, which the artist accessorized via heeled boots and her brand new platinum blonde bob. Some bold, black lipstick was also involved.

Take a look at Swift’s fashion selection from a couple of angles below:

Swift, of course, was not the only member of her famous Squad to attend this annual event.

Gigi Hadid was also in attendance, making her red carpet debut with boyfriend Zayn Malik, who clearly was very excited to be there.

What do you think of Hadid’s Tommy Hilfiger gown?

Then there was Selena Gomez, who stepped out in a Louis Vuitton gown with a leather bralette and lace-up shoes and who might as well have been sending Justin Bieber a message:

Look at how pretty I am!

She suffered a nip slip in her pale pink layered tulle dress at one point, but we’re not gonna focus on that here.

We’re just gonna draw your attention to the dress itself:

Super model Karlie Kloss also tuned heads in The Big Apple, as she does everywhere she goes.

Kloss donned a dress designed by Lady Gaga’s best friend, Brandon Maxwell, and she looked mighty fine while doing so:

So there you have it. There are a handful of up close and sort of personal looks at Taylor Swift and her Squad at the MET Gala.

Now, much as we compared the Kardashian-Jenner sisters on the red carpet, it’s time to vote below and decide: