Last we heard from Allison Williams, she was being motorbutted on Girls, and at the time, we figured that would be the most scandalous thing anyone in her family would be involved with in 2015.

Oh, how wrong we were.

Just weeks after the salad-tossing heard ’round the world, Allison’s father, Brian Williams, was accused of lying about events that supposedly took place while he was covering the Iraq War in 2003.

Since then, Williams has been suspended by NBC, and he and his famous daughter – usually a regular on social media – have avoided any public discussion of the scandal.

"This has been a really hard time," Williams told Seth Meyers during an appearance on his talk show. "We have also been very lucky. Counting out blessings. We have our health, we have each other."

"One thing the experience has not done is shake my trust and belief in him as a man. He’s a really good man. He’s an honest man. He’s a truthful man…It’s been incredible to experience the outreach from people you love, family, friends, and then people we don’t even know, strangers, just reaching out and saying we want him back on TV."

Currently, Williams is engaged, and she’s admitted that the scandal has "derailed" her wedding plans, which is obviously the real tragedy here.

Look, we love Bri-Wi as much as anyone, and we hope he’s able to recover from all of this, but some sick part of us is enjoying watching his uber-privileged daughter cope with a little tarnish on her silver spoon. 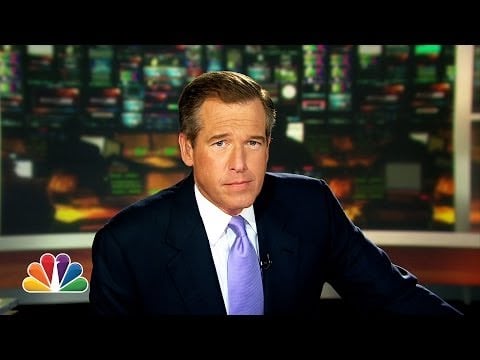