The Bachelorette was forced to teach one suitor what should be a basic lesson this week:

The latest episode also featuredd a guest host… a number of lie detector tests… and Tayshia Adams revealing her final seven potential husbands. Let’s get to the recap!

The installment kicked off in fiery fashon, with Tayshia laying into Bennett for what he told Noah last Tuesday night.

"You don’t have the right to tell somebody else that I will not end up with them because guess what? I’m personally making decisions to have people be here," Tayshia told this out-of-line suitor.

Ever defensive, Bennett launched into an explanation of how — based on Noah’s emotional intelligence — he didn’t think he deserved to be with Adams.

"I have a hard time seeing this beautiful, thoughtful, intelligent, very decisive, strong-minded woman ending up with him," he said.

Tayshia then spoke to Noah in an attempt to determine which contestant to send home, considering him to be the "common denominator" in all the ongoing tension.

And yet… she chose to give Bennett the boot instead.

"That was a curveball. Did not see that coming," the wealth management consultant told the cameras in the van ride out of La Quinta Resort.

When it came time to give out this week’s roses, Tayshia ultimately decided to keep Noah… as well as Brendan, Riley, Blake and Ivan.

This meant Demar, Ed and Spencer were sent packing.

For her one-on-one date, Tayshia went on a scavenger hunt with Ben.

They rode scooters, smashed open piñatas and jumped in a fountain, but Tayshia was hesitant to give Ben a rose because she wanted him to open up to her more.

And then he did. Big time.

At dinner, the veteran admiitted to feeliing "completely lost" after leaving the Army with a back injury at age 26.

Ben added that his sister doesn’t even know this happened.

"And I thought that the easiest way was to just not be around. Luckily, it didn’t work and the only thing that got me through that was her and she has no idea.

"She saved my life. I owe her everything."

Adams considered this reveal to be a "breakthrough," gave Ben a rose and even said on air:

"I could really see him being by my side for the rest of my life. I truly love Ben."

From there, it was time for a group date (organized by fill-in host JoJo Fletcher), which involved Zac, Brendan, Ivan, Noah and Riley — and a polygraph test!

Tayshia took it, too, confessing that — shocker!!! — she was falling in love with more than one man.

At the cocktail party, Adams wanted to follow up with some of the felllas about what they said during the lie detector test.

She began by confronting Zac about being unfaithful in a previous relationship.

"I will not date a cheater," she told the addiction specialist.

‘My first girlfriend, we started dating. We were in love. I met another girl and I later met up with that girl at a bowling alley … and I French kissed her while I was still dating Emmy.

"It was on my first girlfriend in sixth grade, and that’s my cheating story.’

With that cleared up in funny fashion, Tayshia just went for it.

"I’m falling in love with you," she told Zac.

Later, Riley explained that he changed his name after falling out of touch with his dad.

Impressed by all the honesty among the men, Adams went back to her room to think about the rose ceremony — and encountered Bennett there!

"I spent all day going over and over in my head our parting," he told her.

"I first wanted to tell you I am so sorry. I am so, so, so sorry for making you think I questioned your integrity, your decision-making ability.

"It was the least of my intentions. I never would, I swear to you."

This, of course, was totally scripted by producers and ridiculous. The whole point of sending someone home is that they actually go home.

"Our goodbye was so bizarre, so surreal. I couldn’t even fathom what just happened.

"And I was thinking of all these things that I hadn’t been able to share with you. Sometimes we don’t realize things until they’re gone.

"And I realized in that moment that I love you."

Adams didn’t even know what to say in response.

"I’m dead serious about you," he added. "I haven’t had emotions like this ever over a girl."

To draw out the drama like executives wanted her to, Tayshia said she needed to sleep on her decision.

"It’s been a long time since I’ve heard the words ‘I love you,’ and it mean absolutely everything," Tayshia told the cameras.

"And I know Bennett wasn’t just saying words just to say them. I’m so confused.

"The way that I sent him home the other night did not feel right, but also at the same time, I’m here now with other people." 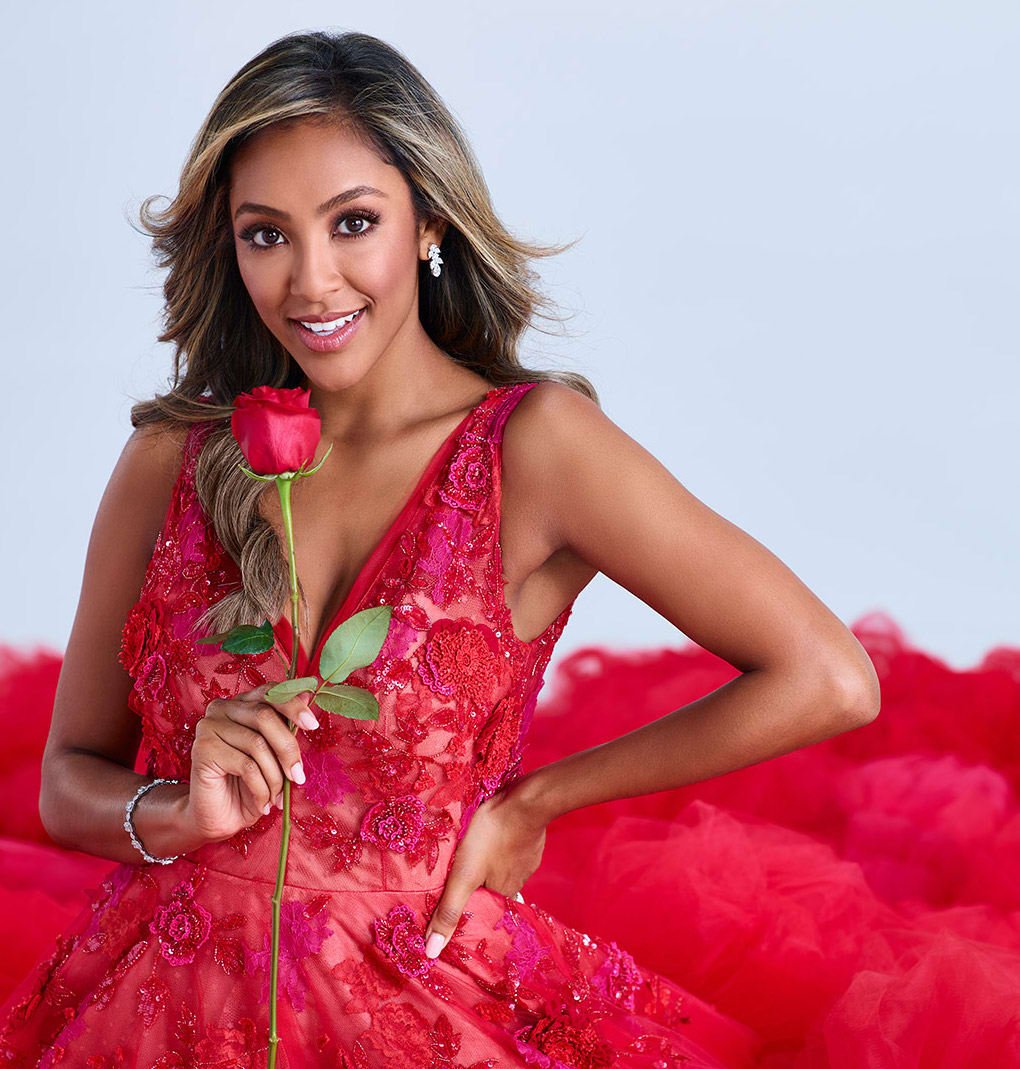 Tayshia’s decision will take place next week, when The Bachelorette will also air a Men Tell All episode.