Now, she has reached another major milestone: she now has a home to call her own.

This month, June Shannon has made a lot of strides towards returning to a semi-normal life.

She showed off her new — well, new-to-her car — after her old SUV broke down.

June also flaunted her looks after undergoing multiple cosmetic procedures as part of a "tune up."

At the time when she revealed her new car, she also shared that she had been hooked up with a new residence.

Shannon and Geno had spent time hotel hopping (and getting kicked out of hotels) for months.

They had also lived in their car. Now that they are 10 months sober, a lot has changed.

June and Geno have moved into a luxury condominium.

The condo is located in Fort Pierce, Florida.

That is interesting, of course, as many had expected that they would move back to Georgia to at least be close to Lauryn and Alana.

The condo is said to get plenty of natural light, in part thanks to tall sliding glass doors.

June and Geno are living on the ground floor, so they won’t need to wear themselves ragged going up and down stairs.

Allegedly, there would even be enough room for June’s four daughters to visit if they wished to … but that sounds a little cramped, especially during COVID.

At the very least, it either gives June and Geno their own bedrooms (not everyone wants to share) or a guest bedroom for after the pandemic ends.

Just because June is back on her feet doesn’t mean that everything is back to normal.

Alana is now 15 years old. She is a high school student.

And she remains in the care of her big sister, Lauryn, who took her in when June’s downward spiral left her unfit to care for Alana.

June Shannon recently opened up to In Touch Weekly about her goal of shedding 70 pounds.

"I’m doing gluten-free and dairy-free as much as possible," the 41-year-old grandmother revealed.

"For me, everybody says cut out bread and pasta," June notes. "I’m not a really big bread or pasta person anyway, so that’s not a big issue for me."

"Outside of that, that’s pretty much all that I do," June admitted.

"I mean," she added worryingly, "I barely eat anyways."

"I was surprised when I actually gained that much weight," she confessed. Notably, the human body works hard to store calories by any means necessary.

"I love breakfast, but I’m not a big breakfast eater," June commented.

"I don’t normally get up [until around] 12 o’clock," she explained.

"I’ll just boil like a bunch of eggs," June detailed, "and only eat a boiled egg and then those P3 protein packs, [Geno and I] love."

"So, I’m more of a snacker instead of a full-meal kind of person," June described.

She noted that the pandemic is a major obstacle towards her weight loss goals.

"Honestly, because we’re in South Florida, they’re starting to shut stuff down and they’ve been restrictive," she commented.

"It just pretty much is being able to walk on the beach or kind of just do my own thing because it is hard," June expressed.

While north Florida sounds like a bit of a free-for-all, June’s local government sounds a bit more responsible.

"They’re [stricter] down here," she said, "especially with the [coronavirus] numbers starting to go up again." 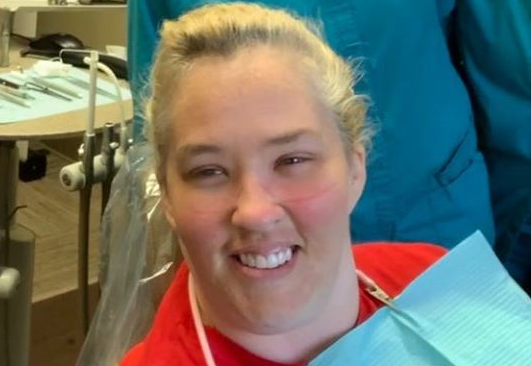