90 Day Fiance alum Jorge Nava got hot in prison, but he is, after all, still behind bars, and will remain there for many more months.

In the mean time, Anfisa has been going to school, killing it in swimsuit competitions, and … has a new boyfriend.

"Thank God that she’s way better at taking selfies than I am!" Leo captions a photo of the two of them together.

Anfisa comments, writing: "Don’t thank God, thank me." Now that is the kind of energy we’re bringing into the rest of 2020!

Now, taking a few selfies together (and yes, there are reportedly others) doesn’t mean that you’re dating.

However, one of Anfisa’s fans commented that the former 90 Day Fiance star "deserves a good man."

Leo replied with an assurance: “I will do my best!"

Many are taking that as confirmation — from Leo, at least — that they are in a relationship.

Anfisa, for her part, appears to be a little snippy with followers who want to know what’s going on.

After seeing her flirty exchanges with Leo, one commenter asked Anfisa where her "man” was.

“Don’t worry about my man," Anfisa snapped at the commenter. Oof.

Jorge Nava, of course, is serving out the remainder of his sentence in an Arizona prison for the crime of possessing a (gasp) illegal plant.

No one in their right mind is wondeirng "how" Anifisa landed what appears to be a new boyfriend.

Just this throwback look at her abs is enough to make anyone’s head spin. And forget their name. Wait, what year is it?

The question is … isn’t she still married to Jorge?

Yes, he’s behind bars, but he is expected to be released from prison on August 10. That date will be here soon. Plus, he got hot.

Jorge’s lifestyle change behind bars has included running with some fellow inmates and regular exercise.

He has shed a significant amount of weight, enough to elicit some very unsubtle thirst from 90 Day Fiance fans.

Anfisa knows that her husband is getting out in less than half a year.

WTF is she doing with another man?

On the one hand, the answer to that is that it’s of course her business.

Plenty of people give their spouse permission to bone others or even go on full-fledged dates before a lengthy incarceration.

It’s also possible that she and Jorge have resolved to end their marriage, though that may be very one-sided. Who knows?

It is, however, kind of people’s business. Anfisa is a public figure.

And before you say that she’s no longer a reality star, she’s still a devoted Instagrammer, a YouTuber, and an award-winning bodybuilder.

When you use fame for money, followers, clout, and more, you’re entering a sort of contract with the public.

It means that your business becomes, up to a point, fair game for public interest and speculation.

Hopefully, Anfisa can end the speculation by speaking up soon. Otherwise, some will simply assume that she’s cheating and doesn’t care who knows. 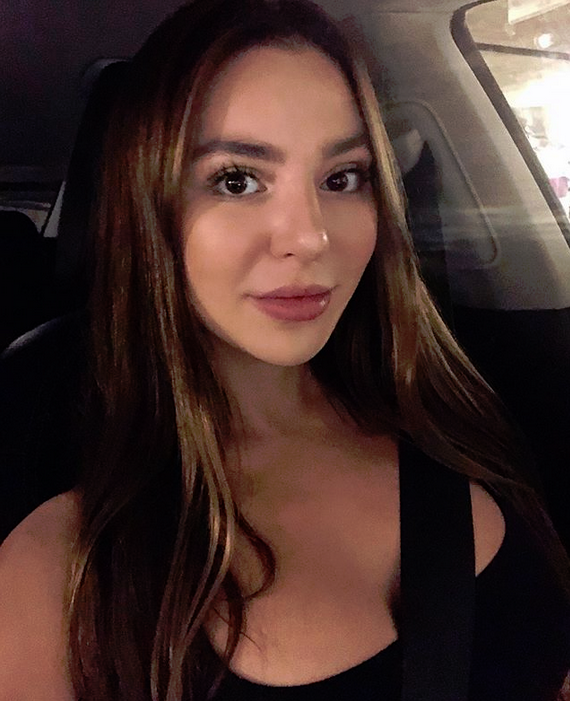