You didn’t have to keep up with The Bachelorette Spoilers to know that Luke Parker’s days with Hannah Brown were numbered.

There was always something "off" about him, even before he slut-shamed Hannah as a corrupt sinner.

But now, Luke’s joining the legions of other reality stars to tout the same old excuse: did he just get a "bad edit" to look like a villain?

Hannah Brown f–ked in a windmill.

See, Luke Parker sits her down and attempts to chastize her about possibly sleeping with any of the men she’s dating.

Hannah goes off on him and explains that she now has the clarity that they are not meant to be.

She graciously walks him to the car, but Luke still doesn’t understand. That’s when Hannah hits him with the news:

"I have had sex," Hannah tells a bewildered Luke. "And honestly? Jesus still loves me."

"From obviously how you feel," she predicts. "Me f–king in a windmill? You probably want to leave."

So it wasn’t just that she’d boned in Fantasy Suites — she didn’t even wait for that. (Good for you, Hannah!)

"And honestly," she adminishes Luke. "My husband? Would never say what you just said to me."

People across the Bachelor Nation were cheering her on as she threw all of that into Luke’s judgmental, if handsome, face.

But is that the whole truth?

TMZ reports that Luke Parker feels exploited by how the show portrayed him.

According to Luke’s inner circle of friends and loved ones, that confrontation came with baggage from an earlier chat that viewers never saw.

During bible study on a Hometown Date, Luke recalls Hannah having implied that she wasn’t up for boning in the Fantasy Suites.

If the entire bible study scene had been aired, Luke feels, viewers would have had more context to understand where he was coming from.

Instead, ever since the episode aired, Luke has been been portrayed as a reality show villain.

His loved ones are getting roasted on social media over what he said to Hannah.

Luke also apparently feels that his Christian faith is being used against him.

(For the record, Hannah is also a Christian, so people may feel that Luke is just using this as an excuse for his control issues)

It doesn’t sound like he’s gearing up for a vocal war with ABC and demands that they air everything.

Instead, Luke has been met with support by his loved ones and TMZ reports that he plans to move on.

So, is there a chance that Luke’s telling the truth?

Actually, sure — up to a point.

We don’t doubt for a moment that there’s plenty of bible study footage that ABC could have used if they’d wanted a 5-hour episode that cures insomnia.

But even if they had, would it have changed anything.

From Luke’s perspective, he was under the impression that Hannah had implied that she wasn’t down to pound in the Fantasy Suites.

We can only guess at what may have actually been said there.

And that’s also a little beside the point.

What Luke said to Hannah — about owing him, about ruling her out as a partner if shed boned — don’t need context to be bad.

Even if we ignore all of Luke’s weird behaviors with basically the entire cast all season, the guy had interpersonal issues.

Maybe he’ll work on those before he next tries to date. Only time will tell. 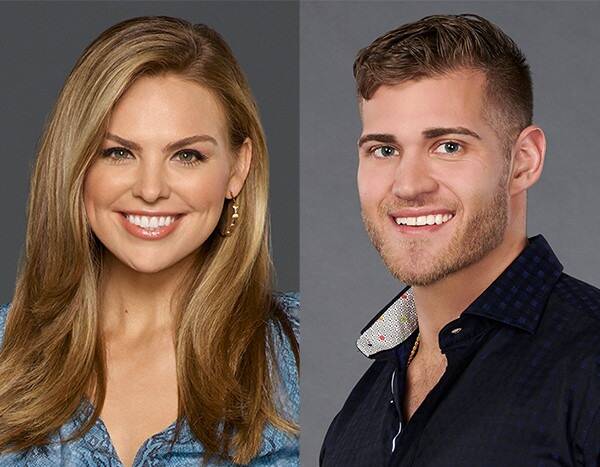