Kailyn Lowry has three baby daddies, and she was even married to one of them at one point.

But it seems that in her eyes, the first two pale in comparison to the third, and there’s only one dude Kail would consider having another kid with.

(Granted, Jo Rivera is married, and Javi Marroquin is engaged, but we get the feeling Kail would pass on both, even if they were available.)

Lowry has made little effort to conceal the fact that she’s still smitten with Lopez.

Sure she briefly dated some random dude, but he was probably just a pawn to make Chris jealous.

All of this is to say that for many fans, it came as no great surprise to learn that Kail and Chris are currently on vacation together, and they’re probably dating again.

Kailyn is in Hawaii with Leah Messer at the moment.

If you follow the friends on social media, then you’re probably aware that Lowry and Messer enjoying taking family trips together.

But it seems these are the sort of vacays where they do wholesome family stuff by day and party with fishbowl-sized cocktails at night.

And this time around, things got a little livelier when Lopez unexpectedly joined Kail and the kids in their island paradise.

Fans were surprised when Lopez revealed on Instagram that he was spending some time in the Aloha State.

And many quickly jumped to the conclusion that Kail paid for Chris’ flight and accommodations.

(Not such an epic leap, really. After all, she’s been raking in the big bucks for the better part of a decade, while he may or may not be employed.)

“You brought that deadbeat Chris on vacation,” tweeted one accuser.

“Disappointed that Kail let Chris come on their family vacation,” said another.

“She’d NEVER allow Jo or Javi to do the same.”

But Kail set the record straight on that score when she grabbed Chris’ phone during his Instagram Live session.

“Listen, let me tell y’all something,” she told Lopez’s followers.

“I’m so sick of y’all saying that I pay him to do this. He paid for himself. I didn’t know he was coming out here. I paid for me and my kids and that is it.”

Kail may be upset about the rumor, but she certainly doesn’t seem upset by Chris’ surprise appearance.

During the same Live session, he promoted her latest memoir, and the two of them joked and giggled non-stop.

“She rubbing my feet, y’all,” Lopez joked, as Kail laughed and shouted, “No, I am not!”

As the folks at In Touch point out, this is all a very far cry from Kail’s previous trip to Hawaii, during which Chris basically accused her of kidnapping their son.

"Chris texted me. Chris saw that I was in Hawaii and now all of a sudden he’s asking where his son is,” she said during an episode of Teen Mom 2.

“But before I came here, he never asked me one time how his son is doing,” she continued.

“So now he wants to know and now all a sudden he wants to see his son this week while I’m here. That’s horrible.”

From there, Kail leveled the shocking allegation that Chris is an absentee dad:

“Legit, in seven months, this might be only the second time he’s asked how his son is or where his son is,” she said.

It’s nice to see these two back on good terms, but if he really was that negligent, we hope she’s not letting him off the hook too easily. 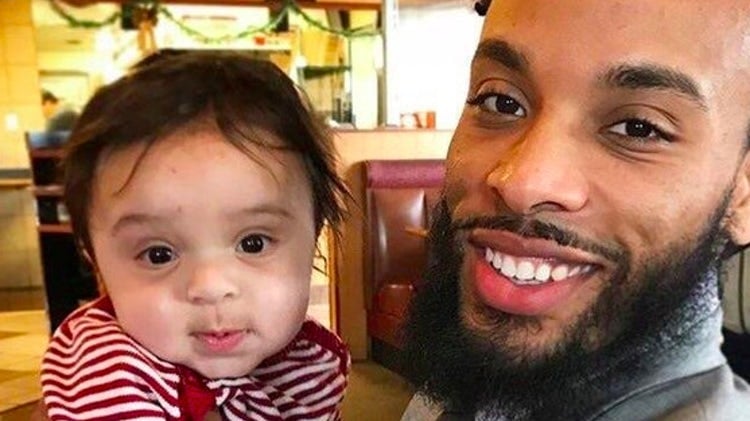