As previously reported, Geno Doak is in trouble with the law.

As also reported across the Internet and in other avenues, the sky is blue; the Pope is Catholic; and David Eason is a violent homophobe.

The details of this apprehension are both unusual and disturbing, as first explained by TMZ.

According to this celebrity gossip website, a 911 call was placed from the aforementioned establishment because Geno was allegedly threatening to murder Shannon, who rose to fame years ago as the mother of former child beauty pageant contestant Alana "Honey Boo Boo" Thompson.

“Records list Shannon as the victim in a domestic violence case against Doak, and state she was verbally attacked,” AL.com wrote shortly after news of the arrest went viral.

When officers arrived on the scene, they reportedly searched Doak and found a needle on him.

However, Shannon then told these cops that the SUV in which the couple was sitting belonged to her — as did everything inside of it.

Each half of the semi-famous couple was charged with felony drug possession and possession of drug paraphernalia, while Geno received an additional charge of third-degree domestic violence/harassment.

… but the two were spotted together just 24 hours later at a casino.

It all sounds pretty effed up, but little of this ought to come as a surprise to anyone familiar with Geno Doak and his legal record.

The guy has been arrested A LOT over the years.

Let’s start with this: Court documents show that Doak entered a building with "intent to commit a theft" in February of 1996.

He was arrested days later and charged with felony burglary, eventually pleading guilty to the burglary charge and being sentenced to three years in prison. (He only served three months behind bars for that conviction.)

Fast forward to March of 2009 and another arrest for Doak:

He was taken into custody after he allegedly stole a $500 cargo trailer belonging to The Griffin First United Methodist Church in Griffin, Georgia.

While out on bail the following month, Doak was involuntarily admitted to Riverwood Behavioral Health System in Clayton County for distress and for attempting to commit suicide for a third time after allegedly taking 35 Valium pills.

Doak pleaded guilty to felony theft by taking in February of 2010 and was sentenced to 10 years of probation, 80 hours of community service and fined $2,500.

However, his probation was revoked in December after he failed to report to his probation officer and failed to pay his court fines, thereby getting sentenced to six months in the county jail.

In 2013, Doak’s probation was revoked once more after he was charged and pleaded guilty to felony criminal damage to property in the second degree and given a four-year jail sentence.

Per Georgia Department of Corrections records, Doak served about 15 months at the Coastal State Prison in Savannah, Georgia and was paroled in January of 2015.

For all these reasons, those close to Shannon have been concerned about the influence Doak has had on both her and her three children.

But June has had a history of choosing the wrong men.

Alana’s father, for example, was sentenced to five years in Montgomery Prison for robbing a series of campsites and setting fire to a camper in 1998.

Her oldest daughter, Anna "Chickadee" Shannon, from whom June is now estranged, didn’t know her father, David Dunn, until he was released from prison work detail.

Then theres’ Jessica "Chubbs" Shannon, whose dad is Michael Anthony Ford; he dated Shannon for just a few months before she became pregnant.

And he served more than two years in prison for the sexual exploitation of a child over the Internet, placing him on the sex offender registry in 2005. 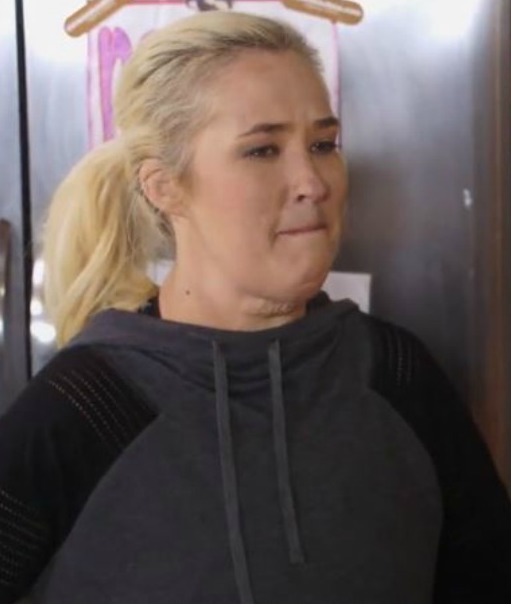 After splitting with Alana’s father, Mike “Sugar Bear” Thompson, in 2014, June started dating her ex-boyfriend — who had previously been convicted and imprisoned for molesting June’s daughter, Anna, when she was only eight years old.

That was really, really bad.

This relationship is why TLC cancelled Here Comes Honey Boo Boo about five years ago — but June was later given a second shot at reality TV fame by WEtv, which airs Mama June: From Not to Hot.

Ironically, that program aired its Season 3 premiere the same night Shannon and Doak got arrested.