Abbie Burnett said "I do" to John David Duggar back in November of 2018 in Arkansas.

We all remember hearing about their big special day, but now we are finally getting some exclusive details about the wedding thanks to Monday’s Counting On episode.

Like the unusual way that Abbie picked out her sparkling wedding gown!

The Duggar girls had the smart idea to create a pop-up shop inside of their home for Abbie after she claimed she felt too rushed to go to Kentucky with her future sisters-in-law.

So instead they brought the shop and the designer to her!

The bride-to-be decided to use Miss Renee, a designer used by Jinger, Joy and Kendra, to make her one of a kind gown.

That’s right, Abbie was on a very tight schedule as she was one short month out from her wedding, with NO dress.

So she quickly began the dress hunt in their small makeshift store.

The Duggar’s Arkansas house was packed full of female relatives, including Abbie’s mom and sisters flying in to join the numerous Duggar girls, according to the Daily Mail.

"It really reminded me of a real wedding dress shop," Abbie said while surrounded by numerous white dresses, as well as a large mirror.

"The Duggar girls are real wedding experts so I’m happy to have their thoughts and opinions."

Despite being "stressed" about her wedding day, she somehow insisted she had not given much thought to the dress.

"I told Miss Renee what I wanted and I just kind of left it with her," she said.

"I’m a little nervous. I’m hoping that I’ll find the right one."

John David, who was not in the room (obvi) but was later asked about his thoughts on the gown search, he said, "I would love to see Abbie in a wedding dress."

Abbie continued to try on several options, standing on a pedestal in front of a mirror as the ladies viewed in awe of the beauty.

The first one had too much lace and the second was rejected for its dark pink color, her mom Cheryl joked that it looked "Great for the bridesmaids."

She instantly fell in love and found her perfect match with Dress #3.

The room filled with excitement and everyone knew it was the clear winner.

However, she did admit she was concerned with one major issue – the lack of sparkle!

"It’s really close to the wedding, we don’t have time to make another one."

Instead, the designer added a simple ‘sparkle skirt’ and Abbie was thrilled. "The whole thing just shimmered. It was gorgeous," she said.

"I love her smile, she’s just glowing," Renee shared, asking to call the dress "the Abbie."

Once the veil was added and she was handed the bouquet of flowers, it all sunk in and Abbie began to blush.

The designer kindly told the 26-year-old, "You can get married now – you have a dress."

Cheryl chimed in saying, "I haven’t cried at any daughter’s wedding, but I’m afraid I might at this one."

"When they grow up, you’re hoping they can find their spouse for life, and it’s a good thing. We’re happy for her and glad to see her spread her wings."

Abbie admitted to "bittersweet" feelings over the wedding, saying "I have been really close with my parents and siblings, so it will be a little different moving to Arkansas, moving away from my family."

"I’m a little bit of a homebody. I lived at home for 26 years, so it will be a big change…but a good change."

At the end of the successful find, Jessa Duggar insisted they should leave the large viewing mirror there for the "next bride."

"You never know who’s going to make the next big announcement."

We’re here for all the (redundant) Duggar family news! 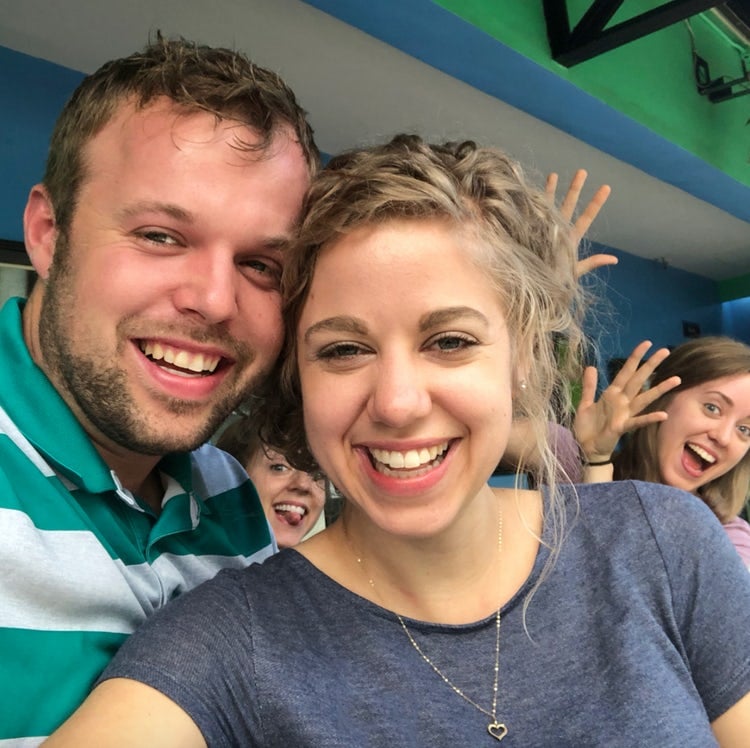