Well, it was a good run.

For the better part of a decade, the original Teen Mom (later known as Teen Mom OG) was a force to be reckoned with in the overcrowded landscape of basic cable reality shows.

But all good things must come to an end, and it seems that Teen Mom OG‘s time at the top is no exception.

In a trend that seems to have started when Farrah Abraham was fired from the show in December of 2017, TMOG’s ratings have been in a freefall for several months.

And things started bad and got worse, as viewership continued to decline over the course of the season.

By the end of its most recent season, TMOG was attracting just over half a million viewers

Compare that to the show’s spinoff, Teen Mom 2, which averaged nearly 1.2 million throughout its 2018 season.

Not surprisingly, producers are scrambling to figure out a solution and restore the show to its former glory.

The additions of Bristol Palin and Cheyenne Floyd didn’t turn out to be the ratings boon that producers had hoped — but there’s still hope that tinkering with the cast will help draw in a larger audience.

"Tyler Baltierra’s friend River Ceballos has been approached about filming scenes with him."

Radar reports that Levi Johnston and his wife, Sunny, will also play a larger role on the show’s upcoming season.

The insider says producers were happy to learn that Amber Portwood will not be quitting the show, as she had previously threatened.

"She had second thoughts about leaving. She now wants to stay with the MTV family and share her story," says the insider.

"Because of the fans and her 10-year history on the show, she doesn’t want to leave abruptly."

Without Farrah, Amber is the show’s number one source of drama, and losing her might have meant the end for Teen Mom OG.

The producers are navigating tricky waters at this point.

They hope to liven the show up with new castmates, but they have to be careful not to anger any of the existing cast with major changes.

"The OGs will get a heads up on major changes and new members," the source claims.

Whatever the producers decide to do, they had better do it quickly — as it sounds like this might their last chance to turn things around. 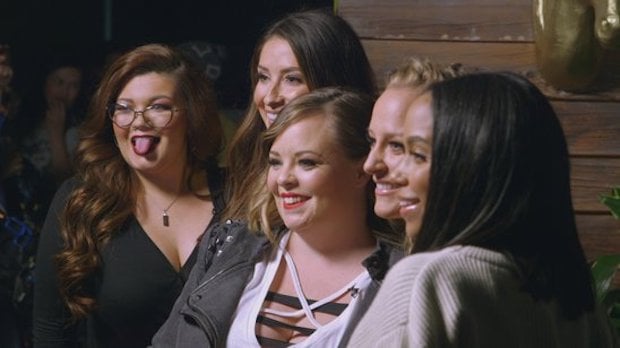 Teen Mom OG: Renewed For Another Season! Who’s Coming Back? Who Got Fired??