So hey, you know that thing that Wendy Williams has been doing for the past few months where she keeps talking about Kylie Jenner and her baby?

On one hand, it is Wendy’s job to discuss all the latest in celebrity gossip, so it’s not like she could just avoid the topic.

But on the other hand … she really has been a little extra about the whole thing.

Back in January, just before Kylie gave birth to Stormi, she did a whole segment about how Kylie is only 20 but she’s already had enough plastic surgery to make her look 35.

Which is pure speculation, of course — Kylie’s only ever admitted to lip injections.

Wendy brought that up in the first place to get across her message that Kylie’s baby would look like her old self, and a lot of people took that to mean that she believed the baby wouldn’t be cute.

So basically, she trash talked a baby that hadn’t even been born.

Then, while Kylie was still silent leading up to Stormi’s birth, Wendy speculated heavily that Travis Scott had left her and his responsibilities as a father.

We know now that’s not what happened, and since they became parents, Travis has definitely been around.

We saw how involved he was during the pregnancy in that adorable video Kylie shared, but that still wasn’t good enough for Wendy.

Even after seeing that seriously precious footage, she speculated that Travis would be gone by summer, and that he may even have a side chick right now.

Gossip is fun, that’s true, but come on, girl.

This week, Wendy’s on a new thing about Kylie — gone are the days of mocking her baby or theorizing on all the ways her boyfriend has left or will leave her!

Nope, this tie around she’s actually kind of defending her.

She began her Hot Topics segment by talking about Kylie, and to lead into the subject, she said that "this thing about mom-shaming at some point has got to stop."

Immediately after saying that, she said that Kylie is "too young to be a mom," so we guess the point at which mom-shaming has got to stop is not this point.

Her point though about Kylie and mom-shaming has to do with the littlest Jenner’s trip to Coachella last weekend, and how lots of people thought she shouldn’t have gone because of Stormi.

Wendy actually thinks that going to the festival was no big deal, and that mothers should take time for themselves.

But you know she couldn’t have just been nice about it.

She said that because Kylie captioned one of her Coachella selfies "I’m not a regular mom, I’m a cool mom," the whole thing became a bigger deal than it really was.

She seemed to miss the Mean Girls reference and instead hit back with "you’re a child!"

"You’re not even in the club," she continued to great applause. "If I was 35 years old and I had a couple of kids and a relationship going on and I walked into the mom club and there’s a 20-year-old child there with a baby …"

In that scenario that barely makes sense, she said that she’d "resign from this mom club," that she wants "like-minded moms around me."

… Then don’t hang around the people you’re not interested in being around? Why is this even a conversation point?

Kylie is definitely very young, but she’s an adult, and the fact is that she is a mother. Whether or not Wendy thinks she should be is irrelevant at this point.

Like we said though, Wendy’s point is ultimately positive — she said that there’s "nothing wrong with moms having fun," and that since Stormi is only two months old, she’s sleeping most of the time anyway.

"She’s probably a good mom," she admitted. "She may be a bad mom, I have no idea … the baby entered your life, you didn’t enter the baby’s life."

In conclusion, she said that she’s "Team Moms Go Out and Have Fun," and that’s why she felt the need to defend Kylie here.

It’s hard to say — Wendy Williams is so rarely any of those things. 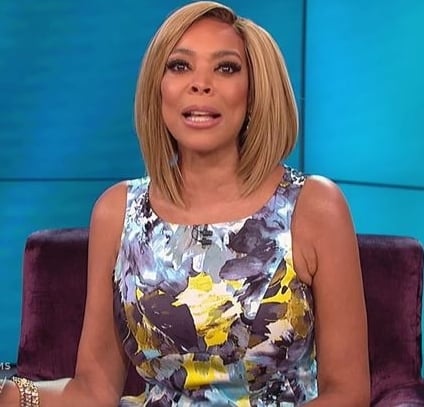