Alec Baldwin made his first appearance as Donald Trump on Saturday Night Live way the hell back in October of 2016, and the show’s been on hiatus for the past three weeks due to NBC’s broadcast of the Winter Olympics.

So why was the president angrily tweeting about Baldwin’s impression at 5:42 this morning?

The most obvious explanation for why the leader of the free world had a man-baby outburst while gnawing on his Egg McMuffin this morning is the fact that Baldwin had some unkind words for Trump in a recent interview.

"Every time I do it now, it’s like agony," Baldwin recently told The Hollywood Reporter when asked about his Trump impression.

“Anybody over this guy,” Baldwin added. “It doesn’t matter. We have to get rid of him.”

Those are exactly the kind of comments that get under Trump’s skin, so it’s no surprise the president was so upset that even autocorrect couldn’t reason with him this morning:

"Alex Baldwin, whose dieing mediocre career was saved by his terrible impersonation of me on SNL, now says playing me was agony," Trump tweeted.

"Alex, it was agony for those who were forced to watch. Bring back Darrell Hammond, funnier and a far greater talent!"

That tweet was only live for about 10 minutes before Trump deleted it and replaced with a version in which Baldwin’s name and "dying" were both spelled correctly.

Needless to say, Twitter wasn’t so quick to forget the president’s spelling boo-boos.

But unhinged Trump tantrums are obviously nothing new.

The weird thing about this one is, the Baldwin interview took place back on Wednesday, and the Donald has been never one to buy into the expression about revenge being a dish best served cold.

(After all, the analogy wouldn’t make much sense to someone who only eats food that congeals if it’s left to sit for more than a few seconds.)

The best explanation with regard to the timing seems to be that less than thirty minutes before Trump’s tweet, Baldwin’s interview was mentioned in a segment on Fox News, which is the president’s state-run television network of choice when he’s lounging around the White House in his bathrobe.

Of course, the real reason that Trump decided to start his morning with an old-fashioned Two Minutes Hate is that he’s coming off yet another chaotic week and he’ll do just about anything to change the topic of conversation.

It’s a typically inept move from an administration that aims for Third Reich, but usually misses the mark and lands more in the Keystone Cops area.

That said, we’ll give the Donald credit for one thing – Hammond actually does have the better technical impression, in terms of nailing Trump’s "FBI Mafia informant turned used car salesmen" mannerisms.

But wherever you stand on who serves up the best impersonation of our anus-lipped commander-in-chief, there’s no denying that Baldwin’s response left Trump as roasted as one of those well-done steaks he likes so much:

"Agony though it may be, I’d like to hang in there for the impeachment hearings, the resignation speech, the farewell helicopter ride to Mara-A-Lago," Baldwin tweeted, adding:

"You know. The Good Stuff. That we’ve all been waiting for."

As though that wasn’t enough to send DJT into a diaper-filling rage, Baldwin continued:

"Looking forward to the Trump Presidential Library. A putting green. Recipes for chocolate cake. A live Twitter feed for visitors to post on.

Baldwin might want to start using his middle name, a la Lee Harvey Oswald because we’re pretty sure that qualifies as an assassination. 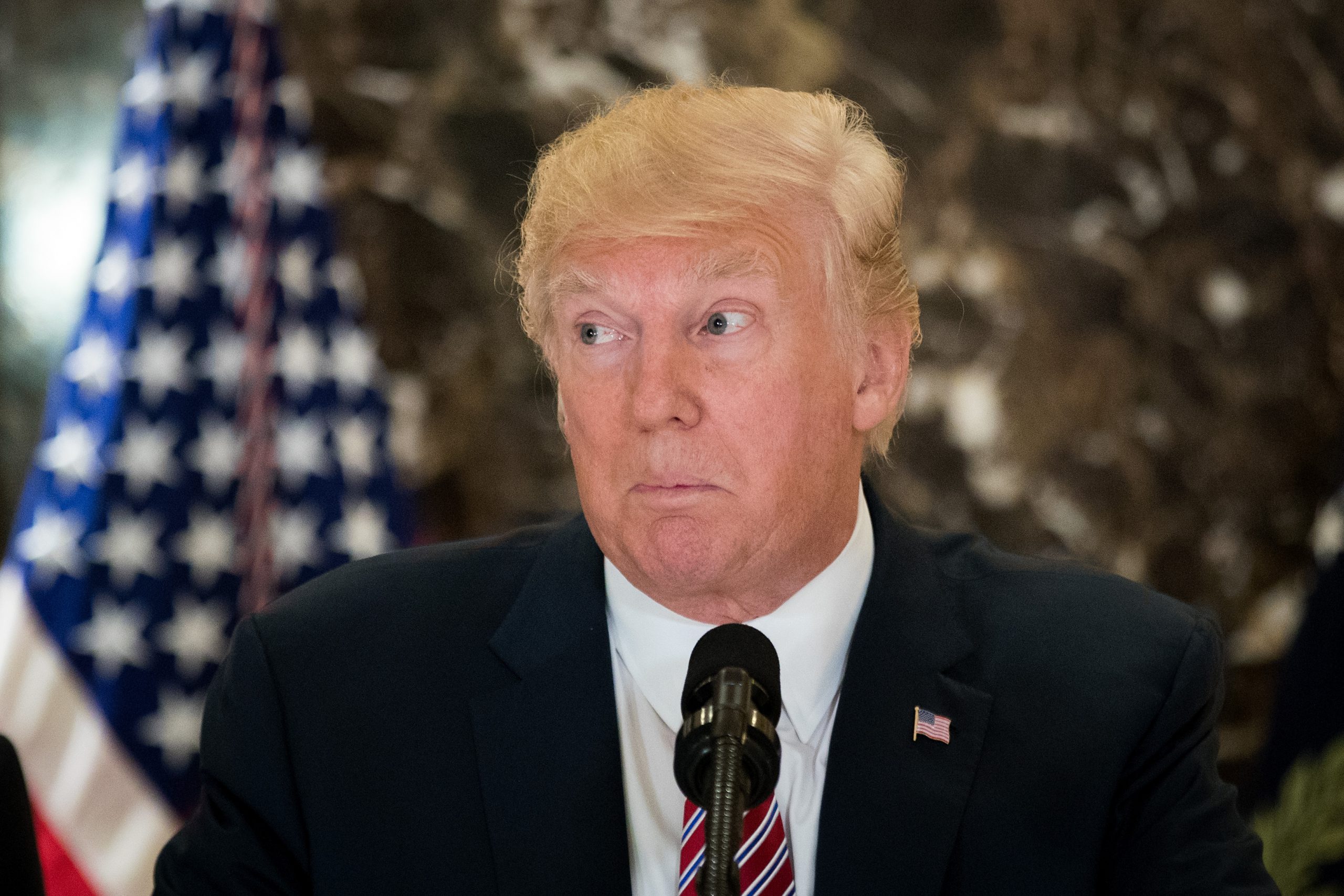