As we’ve been discussing for the past few days now, Jenelle Evans seems to be in some serious trouble right now.

Like, maybe the biggest trouble she’s ever been in.

Which, you know, is saying a lot for a former heroin addict who loves assaulting people and who’s been arrested more times than we can count.

At the beginning of the month, Nathan Griffith’s mother, Doris Davidson, went to court to file for emergency custody of her grandson — Jenelle’s second child, Kaiser.

In the documents that were filed, Doris made a number of horrific claims about Jenelle and her fiancé, David Eason.

She said that Kaiser had told her that David had punched him in the head, and that when he came for visits at her home, he often had strange bruises and marks on his body.

On one occasion, she claimed that she pulled up to Jenelle’s home to see the toddler playing outside by himself, and that Jenelle didn’t even come out to greet her until several minutes later.

She also said that Jenelle smoked weed throughout her last pregnancy, and that when little Ensley was born, she tested positive for marijuana.

That particular incident caused an investigation to be opened, but it’s since closed.

And today, we have some new information about that investigation.

A source who spoke with The Ashley’s Reality Roundup confirmed that Jenelle was investigated by child protective services after Ensley’s positive drug test.

She spent the next several months under heavy scrutiny, and rightfully so, but the investigation was official closed in May.

And it was for just the dumbest reason.

"She went to this shady doctor on Sunset Boulevard who has been in trouble in the past. I think he’s actually a plastic surgeon. It was a walk-in clinic type place."

"She has a lot of friends in L.A. that can help her with this sort of thing," the source adds.

But would it matter that she has a California card if she lives in North Carolina? And if she got the card after the fact?

We don’t know what all the laws are, but it seems like a judge was satisfied enough to drop the case "because Jenelle was able to prove she had ‘a medical need’ for the marijuana."

"She managed to find the one loophole that could get her out of trouble."

But hey, if she’d been dealing with all of this for months — all this seriously juicy drama — why haven’t we been seeing even a hint of it play out on Teen Mom 2?

As another source explains, "Jenelle worked really, really hard to keep this off the show."

"But everyone knew: the cast and a lot of the crew all knew, and it was a hot piece of gossip for a while. But the producers kept it off the show because they knew Jenelle would go crazy."

It sounds like this whole scandal would have consumed so much of her time, how could they just completely ignore it? And why would they?

It’s not like MTV has ever tried to make her look good before … unless they have, and the things we’ve seen over the years are the better Jenelle moments.

The insider also says that some of the other moms on the show and several crew members "were so angry that Jenelle has once again skated through."

"A lot of the people were hoping that this would make it onto the show somehow, to expose Jenelle."

"She keeps trying to spin this ‘happy family’ picture," the source continues, "and it’s just not the case. She has not changed."

The other Teen Mom folks are looking down on Jenelle so hard that one cast member apparently told The Ashley that she and David "do not deserve the clean edit they have been receiving." 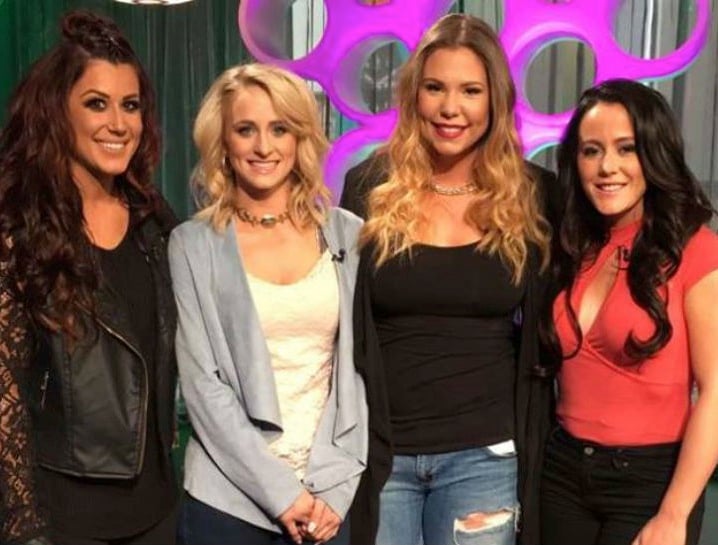