Kristen Wiig and Ellen DeGeneres are apparently the only two people on the planet who have not seen Frozen.

But that didn’t stop the actress and the comedian from singing their own version of "Let It Go" when Wiig stopped by the latter’s talk show this week.

Their own terrible or their own awesome version, that is, depending on your viewpoint.

How does Wiig and Degeneres’ Let It Go cover compare to the many, many, MANY other Let It Go covers across the Internet? Watch and grade it for yourself now:

Wiig, meanwhile, also shot down talk of a Bridesmaids sequel during her appearance, telling Ellen and her viewers:

“I think it’s okay to have it just be what it was. I appreciate that people want us to do another one."

But, in short, it ain’t happening, folks! Sorry.

We’re not at all sorry, however, for going back over many of the funniest segments in Ellen history. These continue to crack us up: 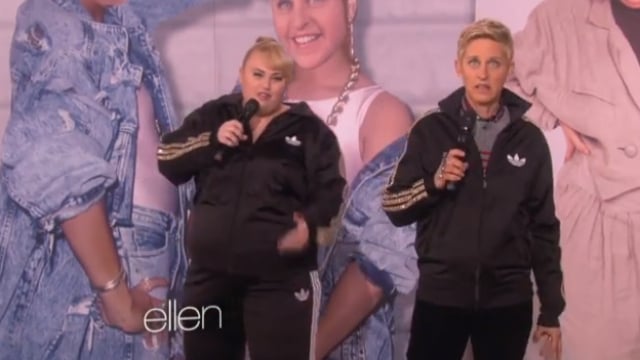