According to a Syfy press release, the ridiculous(ly awesome) film was viewed by 3.9 million people last night, good enough for a 180% increase over the first version.

Along with becoming the channel’s most-watched original movie, Sharknado 2 delivered one BILLION estimated impressions on Twitter.

Syfy will unleash Sharknado 2 in encore airings on Saturday, August 2 at 7PM and Sunday, August 3 at 9PM (ET/PT).

Those with cameos include Matt Lauer, Al Roker and Billy Ray Cyrus.

Also, in case you were wondering: yes, Sharknado 3 is already in the works. Heck, we expect Sharknado 4 to be announced any hour now. 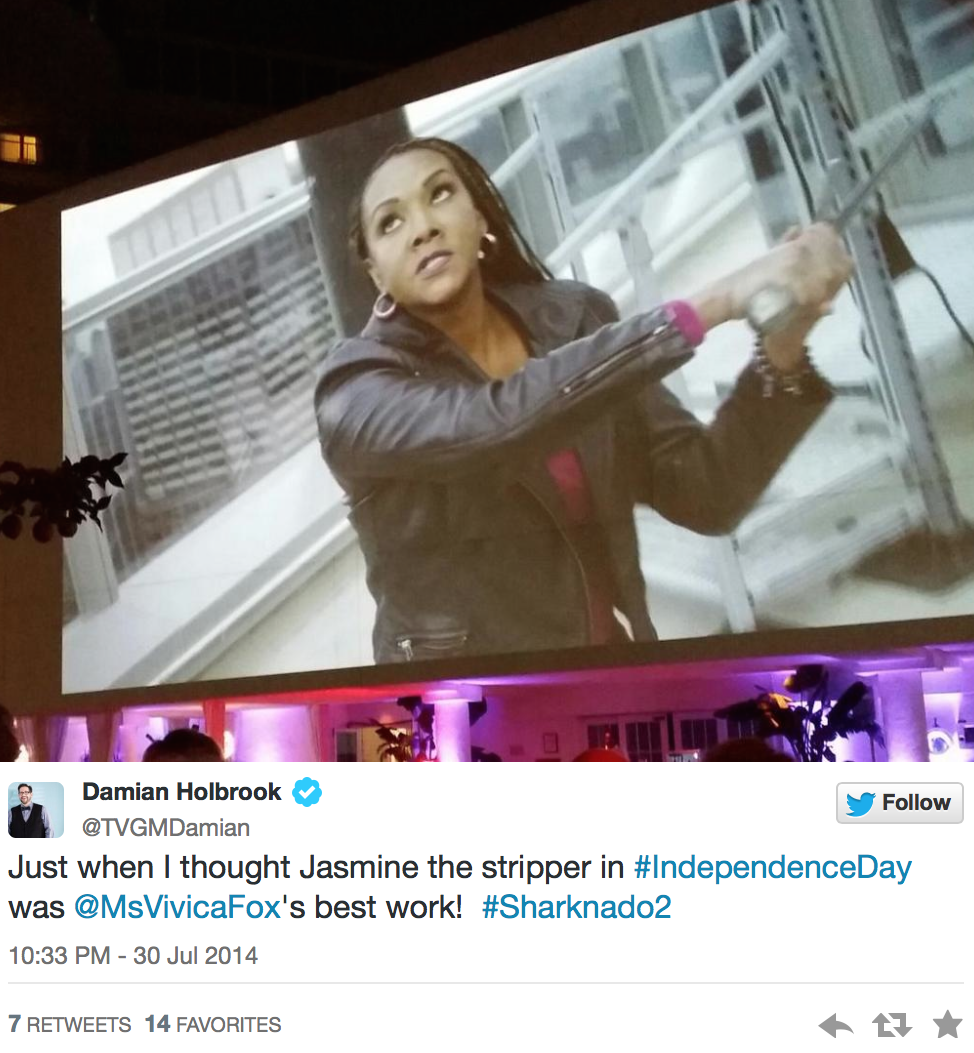