This may be the best thing that we’ve ever seen.

How many couples are so in tune that one knows when and where the other will propose?

These two took things one step further — both proposing to each other on the same spot, at the same time, without the other having any idea.

June is Pride Month, and there’s no better time to tell this heartwarming story!

Uploading this amazing video that will make you believe in love again, Jessa writes:

"Becky McCabe and I got ENGAGED Friday night at Zoo Brew!!!!!!!"

She then reveals the long and short of it:

The results are truly beautiful.

That is an understatement. They were visibly overwhelmed with emotion.

"We were surrounded by our friends and had the most amazing night."

We’re sure that they did!

"I am the luckiest girl in the world to be able to call her my fiancee. #TheMcBabes."

This is so precious.

in the video, Jessa and Becky pose for an apparent photo.

While Jessa seems confident and happy, Becky is visibly nervous, because she is about to propose at that exact moment.

When she starts talking to Jessa, Jessa is visibly overcome with emotion.

When Becky drops to one knee, Jessa can barely contain her excitement and also can no longer hold back.

In lieu of a more traditional verbal answer, she pulls out her own ring box.

She had been planning to propose to Becky at that spot during that visit.

After this touching video went viral, Jessa added a postscript.

"UPDATE: We had no idea this would blow up so quickly!"

"But I can’t say I’m not thrilled, because all I’ve ever wanted was for Beck and the world to know how much l love her."

"We are overwhelmed with all of the positive responses."

As they should be.

"Really, you guys have no idea how much that means to us!"

There are many places in American society where same-sex couples like Becky and Jessa are still afraid to walk hand in hand or exchange a kiss — things that couples of different genders take for granted.

Anti-LGBT violence continues to be a pernicious threat, especially when it is tacitly endorsed by those in power.

But seeing Becky and Jessa’s beautiful proposal video go viral is a reminder that things aren’t always as terrible as our newsfeeds would make it seem.

And they may just make some people believe in love again. 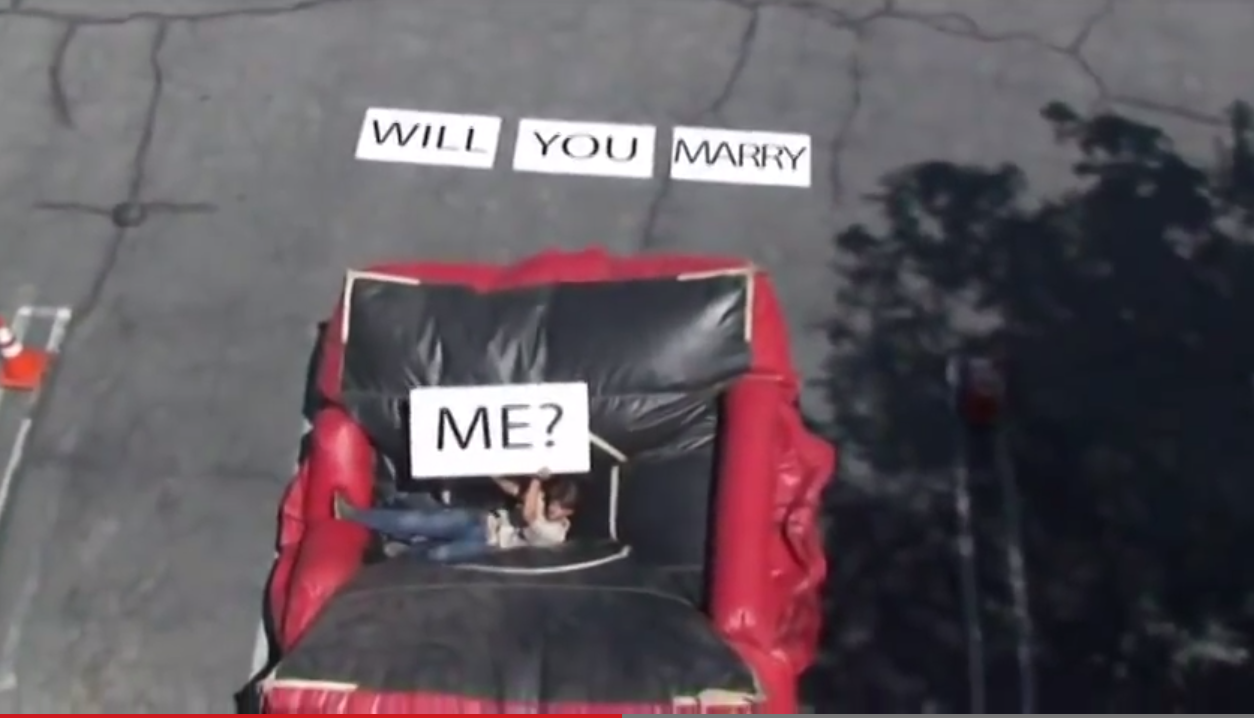