Kailyn Lowry is not exactly known for making great decisions.

We don’t think this is an especially radicall or controversial statement.

We therefore don’t blame anyone who follows the Teen Mom 2 star — either on social media or via other platforms — to have heard about something she recently saiid and to have reacted as follows:

On the latest edition of her Coffee Convos podcast with Lindsie Chrisley, Lowry said she’s not on birth control these days.

Her logic, in a vacuum, is sound, we should note.

The MTV personality said she was previously prescribed a NuvaRing, yet is not rocking one at the moment due to how it made her feel.

"To be perfectly honest with you, I’m just not having sex," explained Lowry on this podcast, adding:

"So to me it was like… why do I have to put hormones in my body or anything in my body if I’m not even having sex?"

Again, on its own, without taking Lowry’s background into consideration, this makes perfect sense.

Plenty of women out there do have uncomfortable reactions to different forms of birth control — and it’s not like Kailyn can’t just use condoms if/when she does get it on again soon, you know?

Kailyn, however, has just never shown strong judgment in this area.

This is someone who had a baby with Chris Lopez… trashed him as a deadbeat dad… took out a restraining order against him… and then had another kid with him.

One would think Lowry would realize that she occasionally jumps into bed with someone when she should not do so.

And, if that were to happen again, it might be best to be covered in a medical sense from getting pregnant again.

It was just a few months ago, after all, that Kailyn welcomed fourth son Creed into the world.

She sounded confused shortly afterward about why she keeps getting knocked up, too.

On a November episode of her Coffee Convos podcast, she told Chrisley, that "every time I’m trying to get my life on track I end up pregnant again. I know this."

She added back then:

"I’m never trying for a girl, and I’m not going to say that I’m going to have another child because I truly don’t know.

"It’s not on my radar anytime soon."

That’s the thing, though.

Kailyn can take it off her radar forever (or be at least, like, 95% sure it’s off her radar, depending on the type she chooses) if she just goes back on birth control.

She can actually be confident that no sperm will fertilize any of her eggs.

And then she can just go ahead and put herself back on the sexual market again.

The scary part to consider is that Lowry may want another child.

She’s said in the past that she may even be ready for a fifth kid already.

And, look, hey, it’s her life and everything.

We just really don’t think the universe is ready for this to happen. 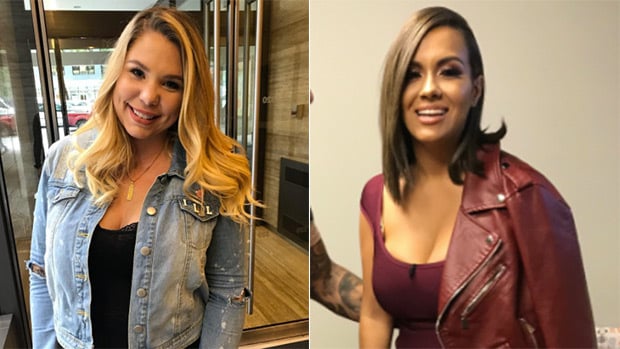