The Teen Mom 2 gave birth to her fourth child last Thursday, E! News has confirmed, welcoming yet another boy on July 30 at 2:47 p.m.

According to this celebrity gossip outlet, the blessed arrival came into the world weighing 8 lbs., 15 oz. and measuring 22.5 inches in length.

"No name yet but we are all healthy and so in love," Kailyn told E!. "I can check giving birth during a pandemic off my bucket list now."

Lowry, of course, told fans several months ago that she had been knocked up for a second time by ex-boyfriend Chris Lopez, the father of her two-year old son, Lux, and a man against whom she has a restraining order.

Lopez has NOT sounded very excited about this second chance at fatherhood ever since the news broke.

He’s yet to comment on Lowry giving birth to this as-yet-unnamed little one.

Said Lowry in February, almost reluctantly admitting she was expecting:

“I’m almost 16 weeks pregnant & it’s been a rough few months this time around.

"I’ve had nausea, morning sickness, and absolutely no energy. This week I’m starting to feel a bit better and I’m really hoping it stays this way.”

Kailyn is also mother to 10-year-old Isaac Rivera, who she welcomed with ex Jo Rivera on the inaugural season of Teen Mom… and six-year-old Lincoln Marroquin, who she shares with ex-husband Javi Marroquin.

Based on everything Lowry has said to date, it seems highly unlikely that Lopez will play a role in this new baby’s life.

But Kailyn has three other young men around at all times to help out.

"The kids and I are so excited to be adding another baby boy into the mix," she said upon announcing this fourth child’s gender in the spring, adding;

"Thank you all so much for your continued support & well wishes.

"Hopefully, the rest of this pregnancy will go smoothly as we anticipate the arrival of our newest addition.”

As her due date approached, Lowry frequently shared insight into her pregnancy with her nearly four million Instagram followers.

"Physically, this has been a really easy pregnancy, but it is getting a little harder to hold Lux, no real complaints.

"Emotionally, this has probably been my toughest pregnancy," she shared in May.

Then, in July, Lowry said her pregnancy was considered "high-risk", explaining on her Coffee Convos podcast that the news made her reevaluate her birthing options.

"But [the doctor] was telling me how he wanted to make sure I was taking my iron. I said, ‘Yeah,’ and he told me that with every pregnancy you lose more blood — which is new to me.

"Nobody has ever told me that.

"I don’t know why I am just now learning this."

"With every labor and delivery, you lose more blood," she explained to co-host Lindsie Chrisley, adding:

"Why is this the first time that I’m hearing this, with baby number four at over 37 weeks?

"Why am I just now hearing that for the first time? It frustrated me.

"I have a ‘high-risk doctor’ or whatever. The only reason why I’m high-risk at this point is because of my weight, and everything seems to be fine."

So far, however, so good — as far as Kailyn’s hope to have the baby at home and for mother and son to remain safe while doing so.

"At the end of the day, I have three children that are happy, healthy and wonderful kids,” Lowry said in February of Lopez being an absentee sad.

“I know I’m prepared to raise another baby on my own and we are all so excited to welcome him into our family."

And now Lowry officially has more children than any other woman in the Teen Mom franchise!

And CONGRATS TO HER ENTIRE IMMEDIATE FAMILY!!!!!! 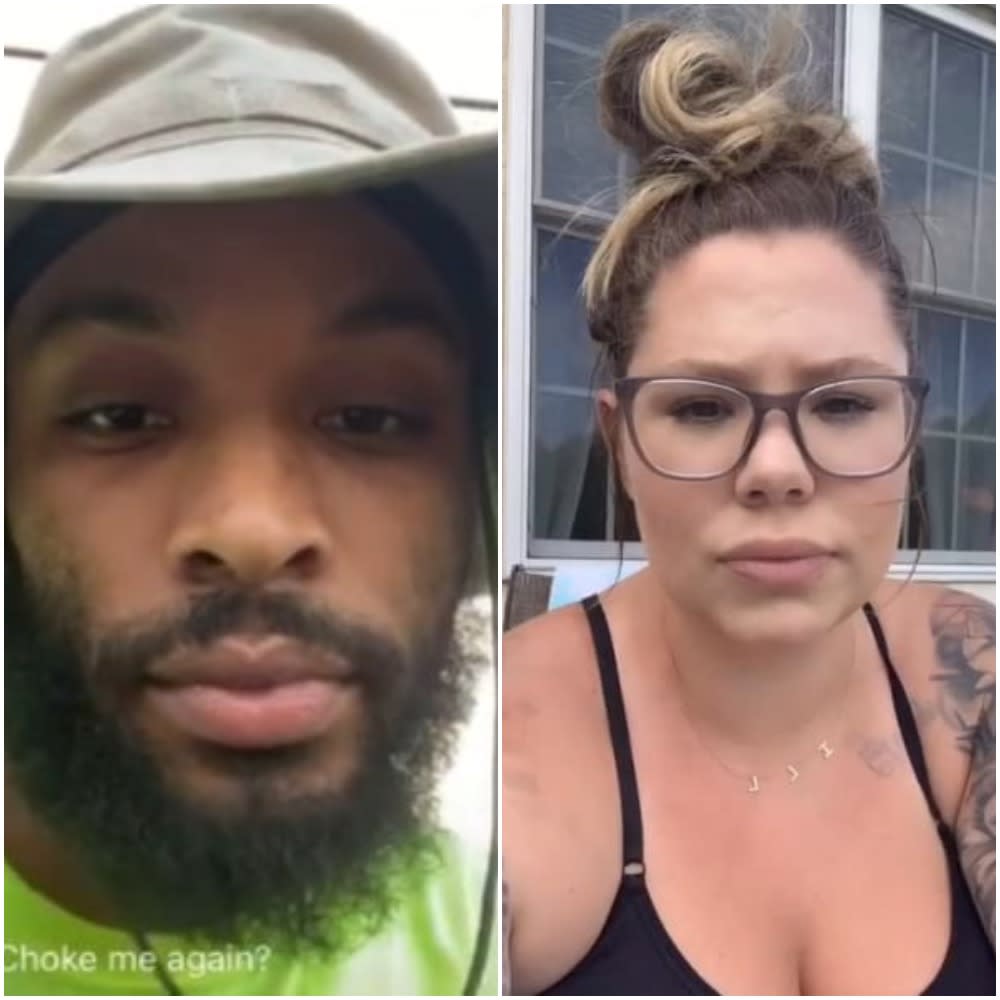 Kailyn Lowry: Chris Lopez Choked Me, and Now He’s Lying About It