Have you ever known someone who’s always up to something?

It can be exhausting to have a person like that in your life — which may help to explain why Jenelle Evans’ social circle is so very tiny.

With Jenelle, you always have to look for the ulterior motive behind even the most innocuous acts.

Yes, as much as she might claim otherwise, Jenelle is broke these days.

She’s doing her damnedest to keep up appearances, but the fact is, it’s been over a year since she last received a paycheck from MTV, and her many attempts at side-hustles have all tanked in abysmal fashion.

Remember JE Cosmetics and the allegations of Evans selling mold-infested makeup to her fans?

We rest our case.

But if Jenelle admits that she’s broke, then her few remaining fans will stop seeing her as a celeb/influencer, and once she loses her celeb/influencer status, she’ll be left with no choice but to get a real job.

And since that’s a fate worse than death in Jenelle’s eyes, she’s making sure that the public falsely believes she’s still "financially stable" (more on that later).

Jenelle posted the above photo earlier this week, and it represents an attempt at a tricky balancing act.

Evans is trying to come off as both rich and relatable at the same time.

The Gucci belt says "I’m a wealthy celebrity," while the caption — "Mondays are for errands #MondayMotivation" — says "I’m a busy mom just like y’all!"

As usual, Jenelle was thoroughly roasted in the comments, but not for the reasons you might expect.

It seems a lot of her followers took issue with Jenelle’s hair — or, more accurately, her hair extensions.

"You can see the hair extensions in front of your hair – pulled up wrong! Just sayin," one user wrote.

"Is that your real hair?!" another asked.

Jenelle sort of side-stepped that comment, replying that her hair "isnt dyed. Haven’t dyed it in almost 2 years now!"

Some fans remarked that Jenelle’s extension issues are an indication that she’s not as rich as she’s pretending to be.

That may be the case, but Evans continues to claim she’s absolutely raking in the dough.

"Right now I am financially stable being self-employed from home," Jenelle said in June.

“Just know I am financially stable. There’s a lot of diff ways to make money online from home these days.”

Asked if she would ever consider getting a 9 to 5 job, Evans replied:

"Maybe one day, but not right now," she replied.

“Maybe one day in the future."

In what might be a last ditch effort to make some real internet cash, Jenelle has joined the QAnon movement, and she says she’ll soon be "exposing" her enemies with a series of YouTube videos.

Our guess that the only thing Jenelle will be exposing is how desperate she is to remain relevant.

But hey, the videos will probably be amusing in a sad, unintentional way.

We just hope Jenelle springs for higher-quality extensions by then, otherwise, her comments section is sure to be a mess. 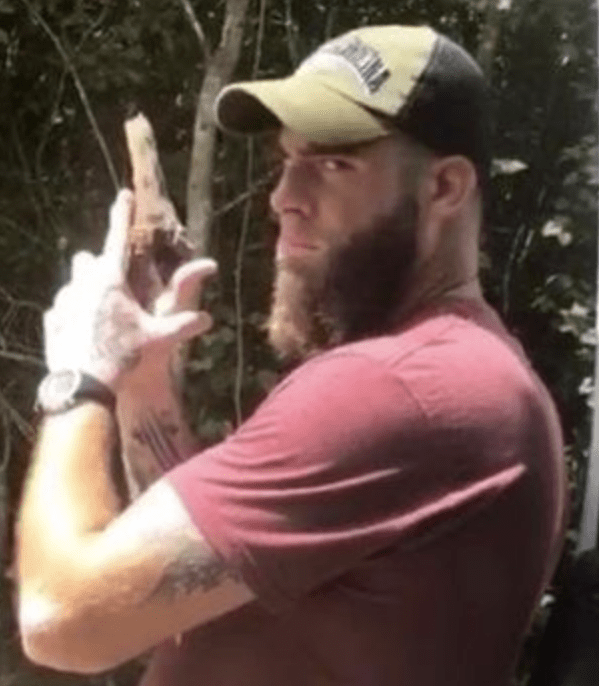 David Eason Pistol-Whips, Threatens Jenelle Evans’ Friend In Front of His Own …