These are tense times in America, and many public figures are showing their true colors with their reactions to the police murder of George Floyd and the resulting protests that have sprung up in cities all over America.

And not surprisingly, folks with long, well-documented histories of bigotry and prejudice — folks like Jenelle Evans — are not faring particularly well in the court of public opinion.

It’s been a tumultuous few weeks for Jenelle, and as always, most of the drama has had to do with her relationship with David Eason.

Last month, David reminded everyone how racist he is, with a long, unhinged rant about Michelle Obama in which he shared his hateful and unfounded belief that the former first lady is a trans woman who was born in Africa.

Have we mentioned lately that David is one of the worst people on the planet? Because he absolutely is.

Anyway, Jenelle stood by her man during that one.

This was during that brief honeymoon era when Jenelle had recently moved back in with the guy who abused her kids and murdered her dog, and she couldn’t stop talking about how happy she was.

Of course, that happiness was short-lived, but not because Jenelle remembered that David is an abusive racist.

No, the problems occurred when she remembered that David is a broke abusive racist.

Yes, Eason hasn’t worked in years, and it seems Jenelle is getting sick of being 100 percent responsible for her family’s finances.

The trouble started with a recent boating excursion.

As is customary for bigots, she kicked the trip off by attacking people who are protesting for their basic civil liberties.

Everything was all set for Jenelle to enjoy a bigoted afternoon on the water with her husband, and her best friend, Tori Rhyne.

Presumably, the trio were planning to get hammered on Twisted Teas and talk about their shared contempt for everyone who doesn’t look like them.

But things quickly went awry when David was excluded from the second leg of the day’s festivities.

Maybe he couldn’t afford to join Jenelle and Tori out on the town.

Or maybe he was a bit too vocal in his belief that Tori is a "drug addict" and a "whore."

Whatever the case, Jenelle and David traded jabs on Facebook before eventually unfriending each other.

“At least my friend can pay for her own bills … uhm … when’s the last time you paid for ANYTHING? History repeats itself lol,” Evans wrote at one point.

Seemingly emboldened by Tori’s presence, Jenelle proceeded to post an Instagram Story in which she clumsily tried to make up for her past bigotry, as well as her silence regarding the murder of George Floyd.

We probably should have edited Jenelle’s comments to make them at least slightly more grammatical/coherent, but who has the energy for such an undertaking?

"I would like for all the racist comments to stop being sent to my inbox, and I appreciate it if you guys stop calling me a racist just because I haven’t spoke out yet," she said.

"Just because I haven’t spoke out yet, you do not know my opinion," Evans added.

“I do think it was wrong, and I’m so sorry it happened,” she said of Floyd’s murder.

“It shouldn’t have happened, and it’s bulls–t that it did.”

Well, that might be the understatement of the century, but it’s Jenelle’s idea of activism.

And she probably only feels safe saying that much because she’s temporarily away from David.

Fans noted that Jenelle appeared to be in a hotel room in her Instagram Story.

Now, that fact combined with the mutual unfriending and unfollowing on social media would normally lead us to believe these two might be finished.

But they’ve already put us through this so many times before.

Rest assured, Jenelle will be back on The Land spewing David-approved racist BS before the week is out. 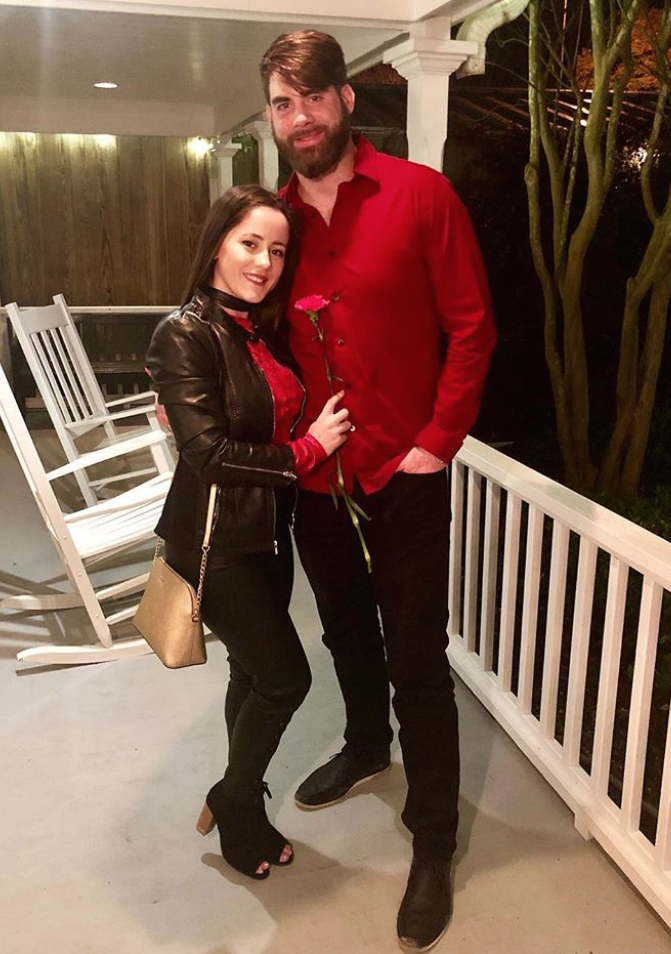 David Eason: Jenelle Evans Would Rather Hang With Junkie Prostitutes Than Spend Time With …