Earlier this week, we talked about suspicions that Baby Girl Lisa Hamme was fired from 90 Day Fiance after calling her husband the n-word.

As evidence of that firing mounts, Lisa is dramatically telling fans that she is being "silenced."

If you can tell people that you’re being "silenced," that seems a little contraditory, don’t you think?

But that is just what the 53-year-old self-styled "Baby Girl" is doing on Instagram.

She has posted not one but two photos of herself with duct tape over her mouth.

"Contact [her booking agent] as well you see," Lisa captions the above photo.

Lisa, who remains active on Instagram despite this alleged "silencing," posted that on Thursday, June 11.

On Friday, June 12, Lisa posted yet another duct tape photo, this time using a different filter.

Sadly, BGL’s intentions do not seem to be conveying that she is being quiet and listening from now on.

Instead, it seems that Lisa is complaining to fans about her reported firing from a new 90 Day Fiance project.

Strikes Back is, by our math, the one billionth spinoff of the 90 Day Fiance franchise.

The idea is that Lisa and other Before The 90 Days castmates will clap back at their critics and detractors on TV, rather than simply on social media.

Recorded on iPhones like Self-Quarantined, they would speak their minds, and that content would then be edited into coherent episodes.

Why has Lisa reportedly been fired? Well, she called her husband the n-word.

Lisa had already come under fire for using racist and homophobic slurs on social media, so this was not a true surprise.

But even people vile enough to use the n-word singing along with a song or in a tweet usually balk at directing the word at a black man.

The way that we know that Lisa used that word at Usman Umar, her husband, is because he told the whole world about it.

See, the Tell All takes hours and hours to record before it is trimmed down to just a few hours to air.

This year, because the COVID-19 pandemic is ongoing (and getting worse every day), the cast’s recording in May was remote.

The Skype session was not entirely secure, as hours of Tell All footage leaked online and were viewed by fans and bloggers alike.

That’s the only way that fans learned about what Lisa had called Usman.

For reasons that fans frankly cannot fathom, producers opted to edit out that accusation from the final version of the Tell All that aired.

We don’t mean that they bleeped out that slur — we mean that viewers at home had no idea that Usman had accused Lisa of anything of the sort.

Only those who had poured over hours of raw footage (or read reports on it) knew about what went down.

Fans have been outraged to see editors apparently willing to cover up Lisa’s misdeed.

If you think that the outrage is just limited to some viewers who did some snooping, think again.

Tell All host Shaun Robinson does an amazing job, multiple times per year, of hosting these events.

She has to tackle a lot of major personalities and deal with some serious emotions for those sit-downs.

But fans perceived that even Shaun was shocked and horrified by Usman’s allegation towards Lisa.

On Instagram, Shaun told a curious follower that the situation regarding Lisa is "being handled."

She stressed that this was all that she was at liberty to say at the time.

However, it’s unclear if she was referring to TLC’s choice to become an accomplice to Lisa’s use of slurs by hiding it.

Maybe they will air a special about that during Strikes Back instead of Lisa’s segments.

Or maybe by "being handled," Shaun meant Lisa herself.

90 Day Fiance blogger John Yates, easily one of the most reliable sources of behind-the-scenes info in the fandom, may have the scoop.

One of his followers showed him some emails that were purportedly sent to Lisa from Sharp Entertainment, 90 Day Fiance‘s production company.

The emails says that her services are no longer required for Strikes Back.

The emails, which we cannot verify despite their visible authenticity and John Yates’ consistently correct reporting, say more.

Apparently it is still up in the air whether — or how much — Lisa will be paid for whatever recording she has already done for Strikes Back.

Now, Lisa is also told "your participation and appearance release is not terminated."

This could mean that they reserve the right to cast her on future projects. However, we think that it means something different. …

Sharp may be preventing Lisa from further tarnishing the brand by forbidding her from speaking further on the subject.

Lisa was not the worst person this season — both she and Big Ed Brown paled in comparison to Geoffrey Paschel’s appalling history.

But it makes sense to do damage control, especially at a time when so many racist institutions and people are facing a reckoning.

In fact, with millions of courageous Americans protesting from coast to coast, it’s encouraging that Sharp is acting so swiftly over Lisa’s scandal. 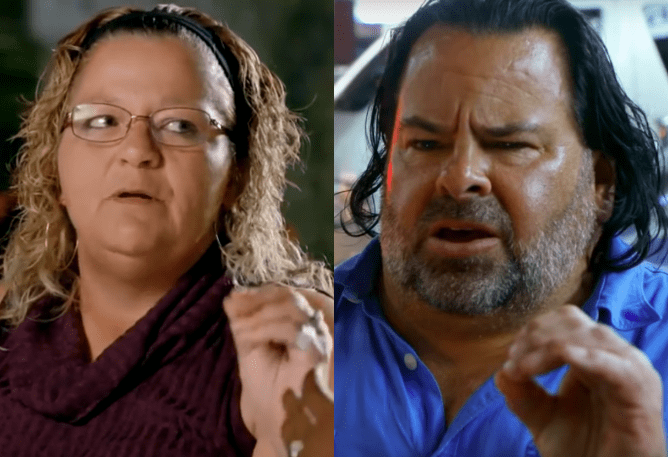