90 Day Fiance viewers have been very entertained watching Baby Girl Lisa Hamme and Usman Umar together on Before The 90 Days.

But now, Lisa has landed herself in hot water for using vile, bigoted slurs — the worst that you can imagine.

It was actually one of our loyal readers who drew our attention to this Reddit post, featuring the screenshot that you can see below.

On Instagram, for reasons that we cannot fathom, self-styled "Baby Girl" Lisa, a white woman, used the n-word.

The n-slur, whether it ends in an -er or an ‘a, is the worst word in the English language. Lisa has no right to use it.

This is actually not Lisa’s only incident of being caught hurling slurs at people.

But before we get into that, we should note that the same THG reader sent us a screenshot.

The screenshot appears to show Lisa threatening to sic her fans on a critic who was giving her a hard time.

At any level of fame, those kinds of threats are unbecoming and shameful. If you don’t like someone’s DMs, block or report them.

When Reddit denizens got a look at Lisa’s use of the n-bomb,

"Can’t say I am [surprised]. I just assumed she wouldn’t type it… oh how I was wrong," one confessed.

Another wrote: "She’s the ‘my boyfriends black so I’m not racist’ type for suuuuure."

To clarify, there is no amount of affiliation that a non-black person can have that permits them to use the n-word.

"Not really [surprised]," another comments.

"She treats every black person like they are beneath her," the Redditor observes.

"And," the commenter points out, Baby Girl Lisa "says ‘Nigerian’ like an insult when she is talking about anyone she doesn’t need a blessing from."

Those are some incredibly good points. People with bad behavior often exhibit patterns.

"This fits in with her bizarre pattern of constantly/writing speaking in (something like) AAVE," yet another commenter notes.

AAVE is African-American Vernacular English, a set of linguistic patterns and diction choices that are distinctly black and distinctly American.

"She’s an old white woman from suburban Pennsylvania," the Redditor writes, "who thinks she’s in some way affiliated with the black community."

For example, Lisa has written "oh lawd" in social media posts that are still up, a way of affecting a black voice in online communities.

As we mentioned, this is not Lisa’s only time being caught using slurs on social media.

It’s unclear if that last comment means that she intends to violently crush the person’s wife or have sex with her.

The reason that homophobic and racist slurs are so bad is not that they are "bad words" like certain obscenities.

They are verbal weapons, used against marginalized people.

Both fo the words that Lisa used conjure up generations of oppression.

Both words are the last things that some marginalized people have heard as they were being murdered simply for existing. 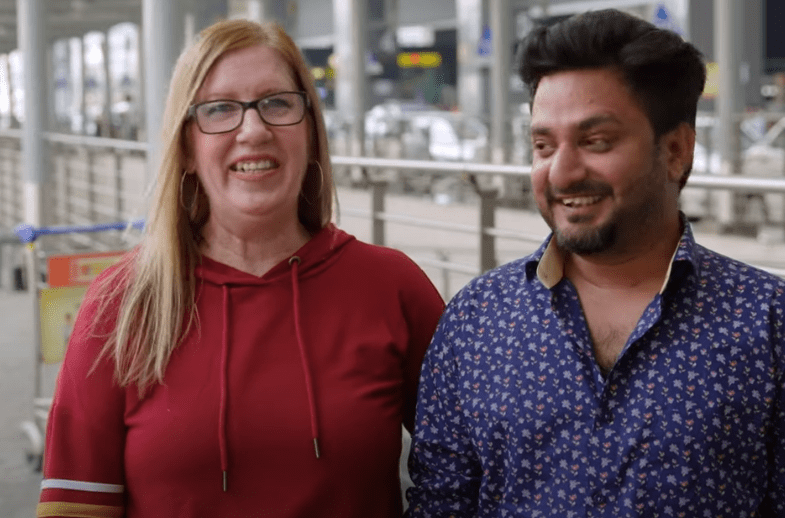