Kailyn Lowry is not ready to spill the beans just yet.

But the veteran Teen Mom 2 star is ready to clean up one rumored bean and throw it in the trash.

Allow us to explain this confusing metaphor, okay?

As you very likely know by now, Lowry is expecting her fourth child.

It will be a boy and it will be the result of some unprotected sex with Chris Lopez, the same man responsible for Lowry’s third child, Lux, and also the same man against whom Lowry has a restraining order.

It’s a messy situation, no doubt.

But we’re not here to judge Lowry for her actions. We’ll leave that to all the haters out there.

Instead, we’re here right now simply to update readers on something rather pressing when it comes to Kailyn’s next child:

On Monday, Lowry Tweeted something seemingly random; something about one of her favorite television shows, writing:

After Kailyn talked more in depth about her affection for this TV show character, one fan replied:

“Is that code for what you’re naming the new baby?”

We’re not entirely certain how this individual leaped from an innocuous comment about a legendary fictional detective to the possible name of Lowry’s fourth son — but we’re in a quarantine.

People are online a lot and desperate for anything to hold their attention for any period of time.

In response to the unexpected inquiry, Lowry wrote the following:

So there we have it at least. Kailyn will NOT be naming her next kid Elliot.

Lowry, of course, is already a mom to children named Isaac, Lincoln and Lux.

She hasn’t dropped many hints about what name(s) she has in mind for this next one, but she still has plenty of time to decide.

The baby isn’t due until August.

To be clear, too, the decision will be Kailyn’s and Kailyn’s alone.

She has made it very clear that Lopez won’t be involved in the baby’s life.

Back in February, the reality star oddly claimed her ex “admitted to intentionally getting [her] pregnant ” in an interview with Us Weekly, adding that she is no longer “in contact” with Lopez and she has a protection order against him.

“Legally, I’m not able to go into detail,” she told the outlet.

“Domestic violence and narcissism are very real subjects, and when I’m in the place to be able to offer advice, I will.”

In happier news for Kailyn, though…  Stabler is coming back!

NBC has ordered a 13-episode series from executive producer Dick Wolf, in which Christopher Meloni will revive this beloved character, Deadline reported a couple weeks ago.

The drama will revolve around an NYPD organized crime unit led by Meloni’s Stabler. 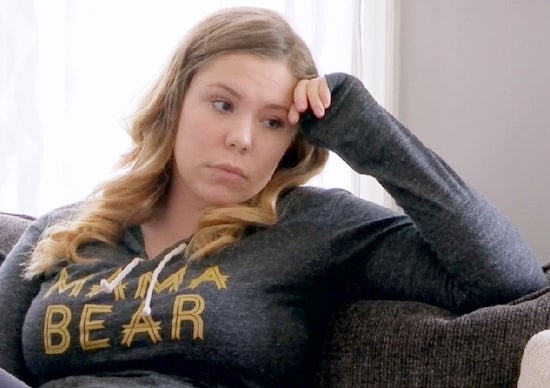