We guess it was only a matter of time before the situation turned ugly.

Breaking hearts is a necessary part of being the Bachelor, but Peter Weber took that unfortunate job requirement to unnecessary extremes, putting vulnerable women through the emotional wringer like no other star in the series’ history.

First, he proposed to Hannah Ann Sluss, even though it seemed like his heart wasn’t really in it even as he was popping the question.

Predictably, the relationship fizzled, leaving Peter to pursue Madison Prewett — which went about as well as you would expect.

Peter and Madison broke up after "dating" for about 48 hours, and despite the brevity of their relationship it seems the split has now entered "messy" territory.

Prewett went on Kaitlyn Bristowe’s podcast this week, and she opened up about Peter creeping on her and begging for a second chance.

“He was, like, calling me and texting me being like, ‘I miss you, let’s get back together,’" she recalled.

"I mean, I think that to me was a little confusing, but I think, like, when you breakup and you’re going through a heartbreak and you just came off a show that was emotionally, physically and very which way exhausting, everybody handles that differently," she added.

"Everybody leans on different things.”

It’s interesting to note that according to Madi’s timeline, this conversation would have taken place just days before Peter was spotted with Kelley Flanagan in Chicago for the first time.

These days, it appears that Peter and Kelley are full-blown dating, so it’s not hard to see why Weber might feel the need to push back against some of the comments made by Madison in her first post-Bachelor interview.

"You’d think you’d have a little more respect for this situation given we both know there’s more to the story," he commented on an Instagram link to Bristowe’s podcast.

He made a point of tagging Madison, who thankfully did not respond.

The incident marks the latest in a long line of negative press for Weber.

Just last week, Hannah Ann basically called Weber the worst Bachelor in the show’s history and slammed him for the indecisiveness that made his season a waste of time for everyone involved.

Now Madison, who seemed to be the woman who captured Peter’s heart more than any other has essentially derided him as a booty call-seeking f–k boi.

Needless to say, Peter didn’t exactly help his situation with a lame clap back in which he demands more "respect."

It’s just not a great look for a guy who was already not particularly well-liked. 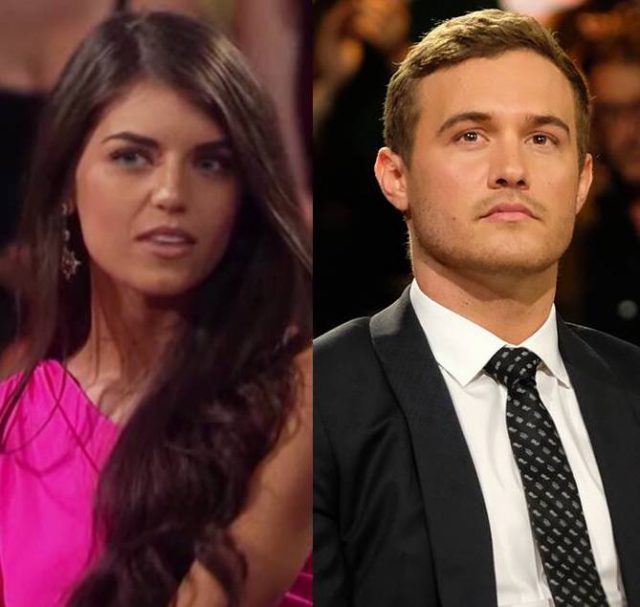