Though both had moved on months earlier, t wasn’t until February of this year that Kendra Wilkinson and Hank Baskett were officially divorced.

Kendra has been dating here and there, but it’s reportedly nothing serious.

Now, her bestie is telling the world exactly what she’s looking for in a serious partner. And you may be shocked by who doesn’t make the cut.

Jessica Hall has been besties with Kendra Wilkinson for ages.

This week, she spoke to Us Weekly about exactly what Kendra wants — and needs — in her next serious relationship.

"I want to see her with a family man," Jessica begins. "Because that’s all that she wants."

"She doesn’t want the spotlight or the crazy success," she emphasizes.

Jessica explains: "She wants a guy that just wants to go camping and wants to take her and barbecue."

"She’s so simple and I think a lot of people don’t realize that about her," Jessica states oddly.

To be clear, she doesn’t mean that as an insult. She means that Kendra’s life aspirations are more traditional than people assume.

Jessica continues: "but she really wants the ultimate family guy."

"And it’s what she’s always dreamed of and what she’s going to continue to want," she adds.

At the moment, Jessica reveals, Kendra is "really just focusing on her kids and her career."

"I’ve mentioned a few things here and there,” she says in terms of potential male suitors.

“I wish I had a family member single, to be honest," Jessica admits. "So I could make her my real-life sister."

"I mean, my husband does have an identical twin brother," Jessica admits. "But no."

So, when Kendra does find this camping-loving, limelight-avoiding Mister Right, will she want to have more kids?

"That’s a tough one," Jessica admits when asked.

"I think if she met the right guy," she suggests. "Because she really enjoys being a mom."

"But right now," Jessica assesses. "I would say no."

"But look at her kids and how beautiful they are," she correctly gushes. "Just like, ‘Oh, my gosh!’"

Her daughter, Alijah, is 5 years old.

Kendra is going to be busy "being a mom" for some time in the future.

But given how maternal she is, Jessica is suggesting that the door may be open in the future — depending upon whether she’s lucky in love.

Now, the line about not wanting a successful man may have left some people scratching their heads.

We’re not mind-readers, but we strongly suspect that Jessica simply means that Kendra isn’t looking in the usual celebrity circles.

Boning is one thing, especially if you have a sex drive like Kendra’s.

But when it comes to a real partner, she may be ruling out reality stars, big time businessmen, and athletes.

if she wants a normal guy with a normal job to live out a tranquil suburban fantasy, more power to her.

Besides, Kendra is a millionaire. She’s successful enough for two people. 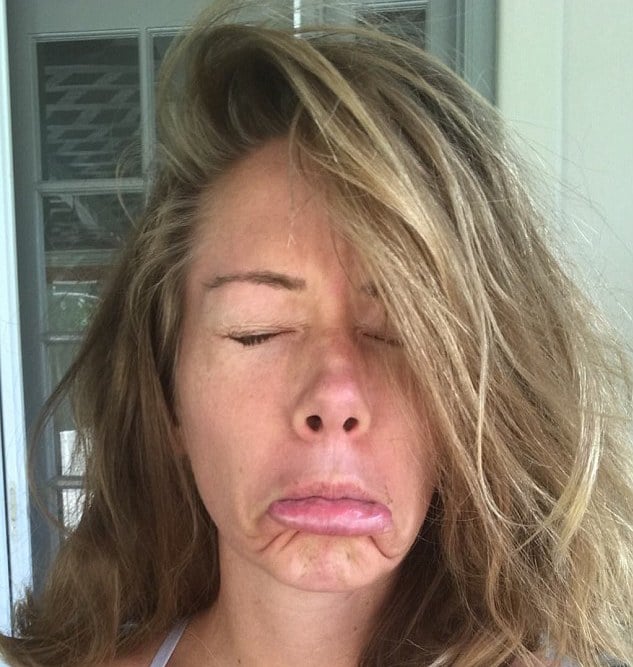